Josh Dixon officially came out as a gay Olympic contender.  Josh just finished second at the Men's Qualifier at the USOTC.

Suzanne Yoculan posted on the College Gymnastics Board that there is 'no way in hell' she desires to return to coaching.  Yoculan previously got a rise out of everyone with her 'anything can happen' comments.  Words is that the Athletic Director wants someone young to take over the program who will devote countless energy to recruiting.  KJ Kindler may very well be the top choice, but word is that she has no interest in leaving Oklahoma, especially for a program where Yoculan's presence and influence looms large.  It is unlikely that the AD would force a resignation without have a plan in place.

Kurt Browning's blog entry about choreographing and developing Stars on Ice this year.

Simone Biles won the Junior AA at the American Classic.  Peyton Ernst was second and Nica Hults was third, but she tied for first on beam and won bars.  Kennedy Baker won the Senior AA ahead of Abigail Millet and Mackenzie Brannan.  Bridgey Caquatto was supposed to compete at this meet, but pulled out after suffering a swollen knee in practice.  It is the same knee she has previously injured. 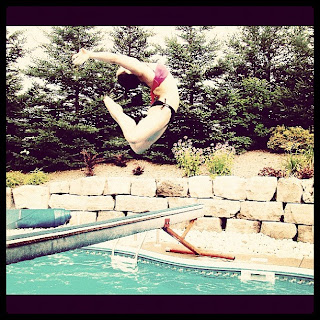 How Victoria Moors relaxes with the Olympics looming.


Koji Yamamuro at the NHK Cup

Posted by OlympicEffect at 6:56 PM