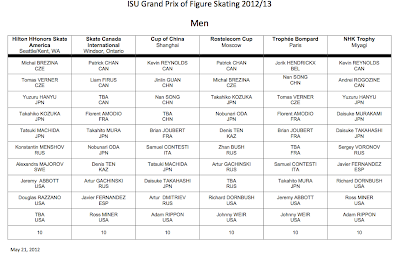 Today's events shall be referred to as Fifty Shades of Awesome.  Not only did the USFSA have to grovel and kiss Johnny Weir's ass to come back over the last year, Mr. Lysacek continually pissed them off to the point that he had to switch agents to sufficiently kiss their asses again.  The USFSA is now acting as though they are a beautiful, accepting organization on par with the HRC and even refer to Johnny Weir as Johnny Weir-Voronov.  In my mind, the USFSA will soon be telling gay men to get back with their husbands because it makes them look more stable...the same way they strongly encouraged Tonya Harding to do so.  If skating was actually popular, we would see lovely fluff pieces with Johnny and Viktor and their dogs and all of that ostentatious furniture.  It would just like the Meno and Sand fluff pieces.  Johnny could so rock a Going to the Chapel vibe like Jenni Meno.

Today is most awesome because Johnny has two assignments, while Evan Lysacek has none.    It is quite possible that he could be given the third spot to Skate America, but they would usually announce him in this case.  I doubt that we will be done with Evan.  Like termites, taxes, Cher and Catholic guilt, he will always be with us.  Perhaps we will see him return on the all star edition of Dancing With The Stars?

Evgeny Plushenko doesn't have any assignments, but it is very likely he will be the TBD for Russia and the Rostelecom Cup (aka Cup of Russia.)  He likely doesn't want to have to deal with a second event or qualifying to the final, as he is trying to preserve his body for two more years.

Full listings after the jump. 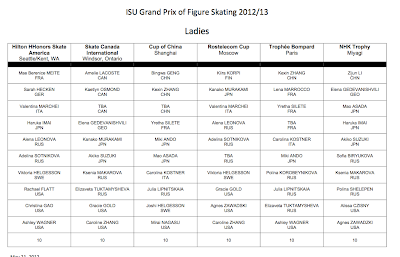 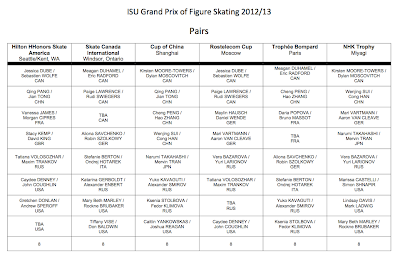 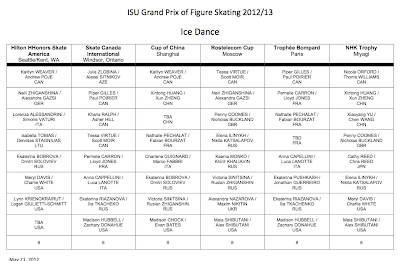 Posted by OlympicEffect at 6:49 AM