Get Gabby Douglas to London: A Good Life Decision? 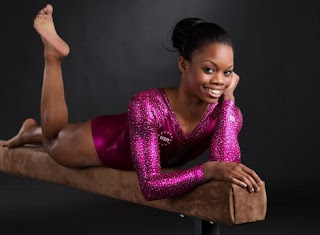 Gabby Douglas' mother has started a fundraising campaign to get the family to London for the Olympic Games.  While her daughter is an excellent bar worker, she has an up and down competitive record on the other events.  Gabby already raised eyebrows when she went pro after the World Championships.  Her announcement was delayed until after the American Cup, but it was certainly risky.  Gabby is expressive and being one of the few female African-American Olympians in a high-profile summer sport, there is certainly room for her to stand out from the crowd.  Her gymnastics is dynamic and her releases high-flying.

Yet, it is never wise to openly fund raise prior to making a team.  It is bad form and looks a bit tacky, especially when there are articles from your old gym wanting money for previous free lessons because they actually thought they could get you to the top in Martha's world.  Gymnastics coaches aren't always the most savvy.  Gabby's chances are better than oft-injured Shayla Worley's were, but those were thought to be in bad taste.  Luckily Gabby's mother didn't call her a shoo-in, though it is certainly implicit in the campaign.  Call me superstitious, but I'd never count my chickens before they hatch in Martha's world, especially when my daughter had an Amanar to nail and a huge piked tkatchev that goes straight up and down reminiscent of a release performed by Jennifer Sey at the 1985 World Championships.

All that said, parents of Olympians need to have a less stressful way of getting to the Olympics, lodging, airfare, etc.  It is a once in a lifetime experience.  P+G is sponsoring pampering for the mothers and family members.  Why not sponsor hotel rooms or plane tickets?  It is now reported that unused donations will go to Military Kids.  Perhaps Gabby won't be a pretend Olympian like Shayla if it all goes downhill.
Posted by OlympicEffect at 9:46 AM