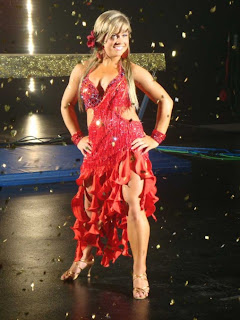 First she wouldn't get in a leotard, now this quote from her coach:

"Former Olympic medalist Shawn Johnson of West Des Moines will not compete at the May 25-26 U.S. Classic in Chicago. That event is the final qualifier for the national championships in St. Louis, but Johnson has already qualified for those, said her coach Liang Chow.