US Nationals: Thoughts on Pairs and Dance 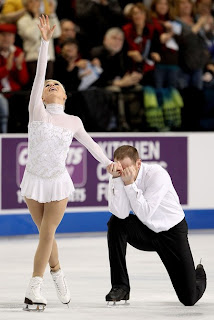 The US Nationals broadcast just completed and it was a stunner.  While there wasn't the same drama and emotion as there is during an Olympic season, the performance quality may have been even greater.

Yankowskas and Coughlin really 'brought it.'  After their success on the Grand Prix, it certainly appeared possible that they'd crack into the top two.  Their free skate is a work of art, with her wonderful posture being sent from above.  John is a big Midwestern boy, but he is an absolute hulk out on that ice.  They are so wonderful together that you almost hope they just start doing it and getting it on already.  The performance was brilliant and absolutely magical. 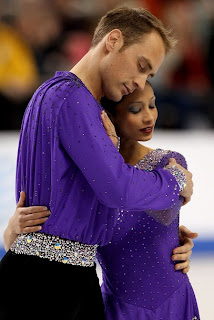 I'm a fan of Evora and Ladwig, but I must admit that they continually have the weakest unison among the top three pairs.  Their coach has given them good technique, but their unison should be better given their similar body lines, size and overall ability.  Amanda and Mark's lifts are a dream and their side-by-side jumps are improving, but their spins are not.  They lack unison at times during their basic skating needs a Russian bitch to come and fix.  I have a few in mind.  It is going to take one to really elevate them to 'champion status' as opposed to a bubble team.  Frankly, I was not sure how the points were going to work out after they finished their performance.  There were a number of bobbles and I really felt they left the door open.  Granted, it was beyond difficult to follow Caitlin and John. 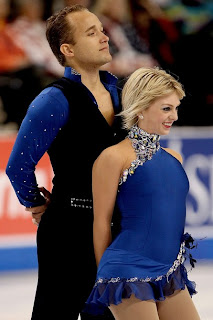 Denney and Barrett are not my favorite pair by any means, but they really 'brought it' during their free skate.  David Wilson has worked wonders, especially with Caydee.  The spelling of her team may automatically have you thinking ''tacky,'' but the ribbons are gone from her hair and so is a great deal of the unpleasantness.  She also seems to be in better shape than she was a year ago.  The program worked and it is really a shame that the US doesn't have three spots at Worlds.  It was extremely close and this is a situation where it would behoove the USFSA to take the Four Continents into consideration when determining a World Team. 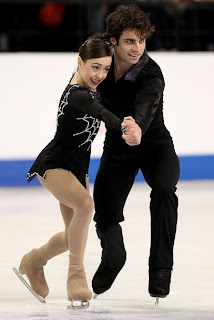 Marley and Brubaker have made so much progress.  Mary Beth is a little Tara Lipinski and that will take them a long way.  John Nicks needs to sort out her leg extension while he is still 'with it' but Mr. Nicks may very well outlive each and every one of us.  The USFSA clearly held them up a tad in the short program, but they delivered overall at this competition.  Rockne is getting bonus points for sticking it out with a crumbling emotional wreck during a turbulent Olympic season.  He may just be hotter than ever.  I miss his chemistry with Keauna and doubt he will have the same performance level with Mary Beth, but they may be able to reach new heights together technically and competitively. 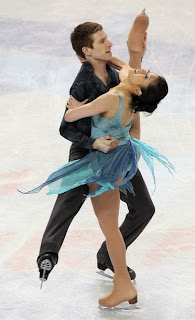 In terms of the Wonder World of Ice Dance, it went almost as predicted.  The only stumble came from Lynn and Logan, which was a real shame.  I absolutely love them.  As Tracy Wilson pointed out, their speed and fluidity is keeping them back.  They're one of those teams who are really getting better late in their careers.  If one remembers the Pre-IJS days, Russian ladies never got good at anything until they were in their thirties.  There may be hope yet. 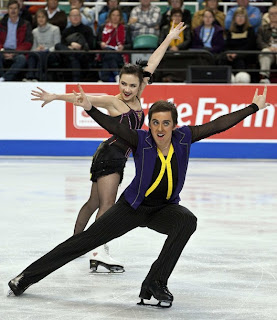 Chock and Zuerlein really took their skating up a level.  While their international scores were comparable with the Shibutanis and both made errors during the Grand Prix, the domestic judges didn't see it that way.  There was the perception going in that they were a lock for the bronze, but they really brought their best performances to the table.  Greg has come alive in a big way on the ice.  He is no longer a baby-faced boy showing off his partner.  I'm so glad the judges 'effing hated' their original free dance for this year, because Cabaret is a vehicle that has absolutely revived their skating career.  Madison was injured last year and missed tons of training time, but they just weren't clicking at the senior level.  They are on the right path and it would behoove Igor to pick another character driven program for them next season. 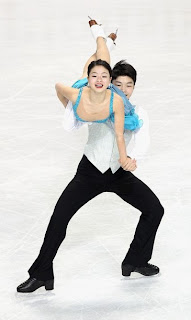 The Shibutanis were a delight.  Short Dance.  Free Dance.  They have the quality of Tessa and Scott in a brother-sister duo.  While sibling duos find it difficult to read the upper echelon of ice dance, these two are making themselves impossible to ignore due to their pristine elements.  Alex may use an incorrect edge of a counter once in a while, but it simply doesn't matter.  Their overall skating has such class this season.  Bolstered by a genius free dance, they will place well in their first trip to Worlds.  It is so interesting to remember that just nine months ago, so many skating aficionados were screaming for them to find other partners due to their size difference.  All has been forgotten and forgiven. 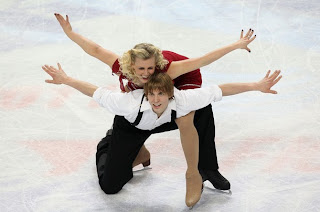 The Hubbells...they are still just a tad creepy and don't do it for me.  Enough said. 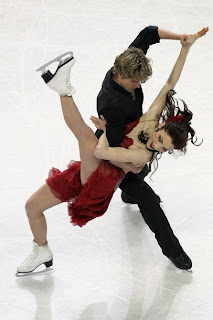 Marlie's revamped tango is a real improvement.  Their chemistry and emotion is coming along, but there is still room for improvement.  I noticed the nuances and subtle changes they've made to really amp up the sexual vibe between them.  Changing the second piece of music does help the program.  At times, it felt like they held back this weekend.  There wasn't as much speed and attack as they displayed last season.  It looks like they're running on fumes since going all out since 2009 Worlds.  The stress of being number one is taking its toll on them: Meryl, in particular, is bearing a frightening resemblance to Karen Carpenter.  It is something that has become readily apparent with each competition.  They also don't seem to be having fun this season.  In the past, they really seemed excited after their programs.  Following today's free dance, I couldn't tell if they were exhausted or apathetic about their performance.  It appears that they are pacing themselves for Worlds.

In other news, Aunt Joyce has become a complete sap and felt choked up during the Alissa Czisny fluff. It must've been onions or something.  I swear they were hidden underneath my couch.
Posted by OlympicEffect at 3:40 PM

Labels: Chock and Zuerlein, Denney and Barrett, Evora and Ladwig, Lynn and Logan, Marley and Brubaker, Marlie, The Hubbells, The Shibutanis, US Nationals, Yankowskas and Couglin