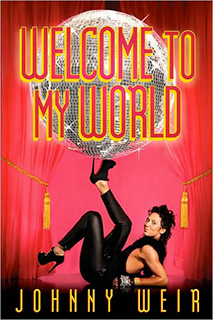 Johnny Weir announced that he is gay today.  In other news, water is wet and Barbra Streisand is Jewish. I live for celebs like Ricky Martin, Lance Bass and Johnny announcing that they're gay right before they release a book to revive interest to their career.  It's so much more meaningful that way. With it being almost a year since the Olympics, this will help stimulate some interest among the general public.

Voir are listed among the competitors at Canadian Nationals.

Chellsie Memmel is training again, as per her dad's Facebook.  Chellsie had previously tweeted about good days in the gym, but she does keep in shape and works in the gym's office.  Ms. Memmel always manages to put together routines in no time.  The key will be staying healthy, which has been a real challenge for her.  Her dad claims that a 7.0 routine will be on the way in no time.  If Chellsie stays away from the AA, she may have a shot at staying in one piece.

The Florida Gators posted a practice update.  Their freshmen are looking sharp as they prepare to kick off their season in style tomorrow night.  Macko Caquatto has been recovering from a stress fracture in her knee, which will likely keep her out of the All-Around early on.  She is an athlete who they will always have to manage on the power events, as she has had chronic lower extremity issues.  Alaina Johnson looks fierce.  UF appears to be the most 'thinspired' team of the season.  It is as though they've all been watching Black Swan on repeat (well, all but one of them.)

The ManleyWoman skatecast posted an interview with Jojo Starbuck.

Marlie spoke to Scholastic Kids Press about their wonderful sport.

The first episode of the Michigan Women's Gymnastics Podcast.  You know you're too scared of Bev not to listen.  A few of the Wolverines have mono and they have a few nagging injuries or athletes recovering from injury, but no one is out for the season. 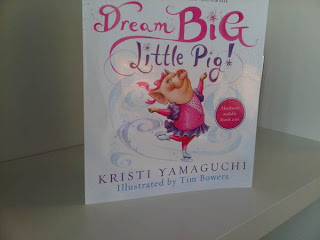 An interview with Christina Gao.

A teaser for Alabama's first meet against Penn State:

Posted by OlympicEffect at 3:15 PM