Katarina Witt: The Embodiment of the Competitive Spirit 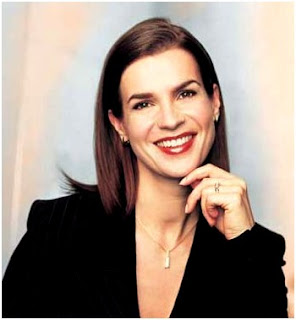 As the National and World Championships emerge, plenty of quotations from skaters are emerging about their intentions.  In the United States, it has become routine for skaters and gymnasts to pretend that winning is not their main goal.  For years, reporters have groaned about having to interview these politically correct athletes who invariably say "I just hope to do my best and see what happens."  While every successful athlete needs to focus on themselves, it is an absolute lie that many do not have thoughts of winning.  Skaters and gymnasts do wish to perform their best to satisfy themselves after months of hard training, but gold medals drive the true competitors.

Some athletes are talented and beautiful in training, but just lack the inner competitive moxie.  Jeremy Abbott and Alissa Czisny may need to block out thoughts of winning when they compete, but that is not true for the best competitors.  There is a difference between being a great skater and a great competitor.


Katarina Witt remains one of the greatest competitors in Olympic sports.  Ms. Witt was a fabulous performer, but she was never the most artistic or technically proficient skater of her day.  What Ms. Witt had was guts and a desire to succeed.  Doing her best satisfied Ms. Witt but she is not the type who would be happy with skating her best and having a silver medal draped around her neck.


Jutta Muller is an aggressive, somewhat evil East German woman and she passed that spirit along to her prized pupil.  Jutta was well aware of Ms. Witt's dramatic sex appeal and used it to their advantage.  Every year, Katarina appeared in racier and racier costumes that had never been seen before in the conservative world of figure skating.  Given her German figure, Ms. Witt possessed a mixture of feminine and masculine qualities that appealed to all judges, especially the closeted homosexuals.


A true competitor, Katarina reveals that she preferred to skate last after everyone had already performed their best.  It motivated her to go out there and beat them.


Ms. Witt's appeal was undeniable.  At the 1987 Worlds, it was thought that Debi had skated well enough to defend her title because Katarina's technical content reached a plateau since Sarajevo.  That was not the case.  Despite falling on it in warm ups, Ms. Witt confidently unleashed a triple loop that no one even knew she could do in Cincinnati.  Skating to the music of West Side Story, the Cold War rival won over a crowd rooting for her chief rival with her sheer exuberance.  It wasn't just a winning performance, it was a verifiable ass-kicking.


Note how in this video, she even has the confidence to tell Scott Hamilton why she deserves to win.  This is not just someone aiming to 'do her best.'

Katarina knew she could out-compete Debi Thomas 95 percent of the time.  Jutta taught Katarina to win competitions on the practice ice.  Competitors are intensely edgy in the days leading up to events.  Katarina unnerved all of them by improvising to her competitors' music and posing for photographers at official Olympic practice sessions.  Debi was intensely focused on being perfect in Calgary, while Katarina focused on skating well enough to win.  When Debi two footed her Triple Toe-Triple Toe combination, her fighting spirit left her.  Debi may have felt the stress of skating to the same music as Witt, but it only fueled the reigning Olympic Champion.  Witt's attitude was "I will have the better Carmen."  And she did.  Despite posing for a minute of the program, Katarina managed to win over everyone with her dramatic and sensual appeal.


Beating Debi Thomas was something that Katarina couldn't help.  She had an inner need.  Katarina embodies that primal id need for victory and attention. Upon Ms. Witt's return to competition in 1994, Debi Thomas proclaimed that Katarina would find a way to defeat them all, like she always did.  Debi Thomas and Katarina Witt didn't face off much as professional skaters, yet Katarina was present for Debi's final competitive performance at the 1992 Skaters' Championship.  Debi skated one of the performances of her life, but Katarina, clad in a red sparkly catsuit and armed with the music of Louis Armstrong, seduced her way to yet another title despite any concrete logic or reason.  She simply owned that ice by bending over, showing off her thong, and emphasizing her gorgeous curves.  Only someone who owned their looks and competitive assets could've pulled off a win against the sentimental favorite.
Posted by OlympicEffect at 11:47 AM