Miss Val is PISSED about her team's meet last weekend.  The fact that she is still giving all of us the 'Miss Val eyes' says a lot about how those team meetings must've gone.  This is even scarier than when she talks about "life is a choice.  It's a choice to let the pressure affect you and it's a choice to let it not affect you."

Chellsie Memmel will be competing on vault, uneven bars and balance beam this weekend at the Circle of the Stars Invitational.  I have no doubt that Chellsie could be competitive again.  The only doubt is whether she can remain healthy if she does make a big comeback.

Yankowskas and Couglin have their sights set on gold.


Volosozhar and Trankov update.  Tarasova and Morozov are shown working with the pair.

New information in the cast against Lance Armstrong.

Simpson and Miller withdrew from Nationals due to injury.  Both have looked out of shape recently, which could be a result of injuries or botrh of them drinking too much Guinness.  We've been monitoring their apparently love of Guinness since Liberty. 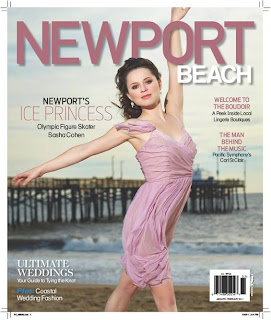 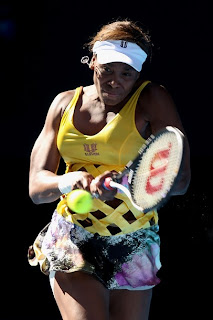 Venus Williams wore one ''classy'' outfit during her sluggish second-round win at the Australian Open.


The Japanese Skating Federation confirmed their team for Four Continents:


Kanako Murakami will be sent to the Asian Games as the prime attraction.


Shayla Worley and Christa Tanella are working with the Special Olympics this year.

USA Gymnastics announced the roster for the American Cup.  I cannot remember a single year when the original roster didn't change either due to injury, illness or VISA problems.

Eight gymnasts have already qualified to the Nastia Cup:

Posted by OlympicEffect at 2:45 PM