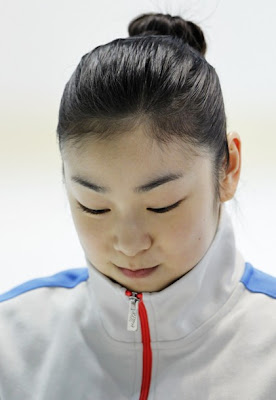 The roster for the Moscow World Stars has been released.  Vikoria Komova is not on it, which was originally supposed to be the meet her coaches were aiming to have her back for.  It is better that they don't rush her back into competition.


Cheng Fei is on the roster for Chinese Nationals.  The coaches may decide to have her skip to avoid another knee injury and have her just compete at the University Games in August.

The World Gymnastics Federation/IGC is introducing a professional competition on August 27,2011 on the campus of Lehigh University.  Scheduled to compete are: Hollie Vise, Chellsie Memmel, Jana Bieger, Susan Jackson, Jonathan Horton, Ivan Ivankov, Justin Spring, Brandon Wynn, Andrew Elkind, Sean Townsend, Wes Haagensen, Chris Brooks, Sean Townsend and Steve Legendre.  It is supposed to be some sort of skill-for-skill battle.  The details are sketchy and I'm sure it will be 'interesting.'  This is being filed in the 'I'm considering going to witness this' folder.


Posted by OlympicEffect at 8:50 PM