Alissa Czisny's newest Chrysler ad.  If only I believe she could become world champion.  Such a lovely girl.  I'm pulling for her to muster a bronze in a few weeks!


Grant Hochstein's latest journal entry.  He claims to have learned a skid entrance to his triple axel and says he is now landing the jump consistently.

Karina Smirnoff is taking it off in next month's Playboy.  She will be on the cover and nude inside.  It will not be her first time baring all.  She already took the classy moral stance of getting naked for PETA. 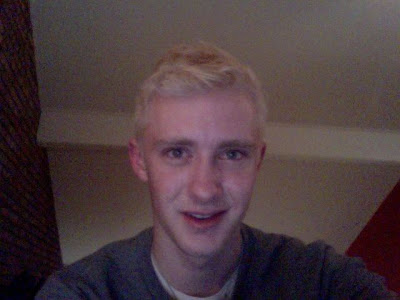 Jeremy Abbott dyed his hair.  He also declared himself to be the red-headed step child of elite figure skating.  At least he is self-aware!  His list of 100 facts is MUST SEE on twitter.  We knew that Jeremy was a nice kid and a tad bizarre socially, but we had NO IDEA about the severity of it!

The USFSA is supportive of the new team event.

Jay Clark and Cassidy McComb on making it back to NCAAs.


Wendy Williams on being eliminated from DWTS.
Posted by OlympicEffect at 1:16 PM