There was a charity show in Kobe, Japan featuring Daisuke Takahashi, Yuzuru Hanyu and Shizuka Arakawa.  There are several news clips.  Takahashi and Hanyu both did their competitive SPs.  It is good for Daisuke to get another program in public after such a delay due to the Worlds situation.

Akiko Suzuki won the Triglav Trophy with a 90+ in the free skate.

Michael Phelps won three events at the Michigan Grand Prix and even beat Ryan Lochte after losing the 200m butterfly.  Michael referred to this as a wakeup call.  It continues to be a work-in-progress as he attempts to get back up to form. 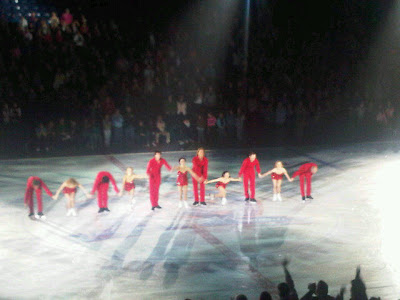 
A Japanese documentary on Shizuka Arakawa

Posted by OlympicEffect at 10:50 AM