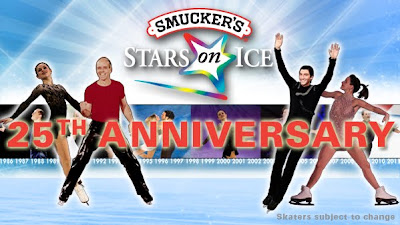 Stars On Ice announced its schedule for its 25th anniversary tour. They are announcing cast members a few at a time. Many others are confirmed but not announced yet. Sasha Cohen and Evan Lysacek are scheduled to appear in every city. I have a wink wink thought that our favorite ice dancer, Ms. Tanith Belbin, will be coming to a city near you. Given that SOI is produced by IMG, we should expect to see Meryl and Charlie on tour after Worlds.

Terry Gannon will be commentating on NBC/ Universal Sports for the Grand Prix!


Vanessa Lam leads after the short at the JGP Ostrava . Polina Shelepen is in second and is 2 1/2 points back. Kiri Baga is in third.

An American Pair, Ashley Cain and Joshua Reagan, lead after the short. This is a moment we should all carry with us for a long time, as it is unlikely to ever happen again.


Alabama really wants to prove to us that they've been working out. They posted another training video. This one shows some bars and tumbling.

Posted by OlympicEffect at 5:26 PM