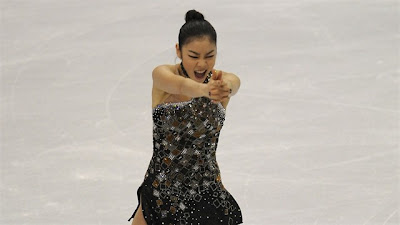 Yu-Na Kim responded to Brian Orser on her official website and accused him of lying in his interviews. It is unclear whether or not Yu-Na is being the victim of manipulation by those controlling her. AT Sports continues to bring up the rumors surrounding Brian Orser coaching Mao Asada, but he immediately rejected the offer. Brian Orser is the new enemy of Korea for daring to comment on the situation and Kim's mother. Somehow skatenastics is seen as being different from baseball, basketball or any other competitive sport where the reasons for high profile hiring and firings are discussed in the media. As Bart Conner says, "somehow these girls are seen as being vulnerable when they are fierce competitors." Brian Orser spoke to CTV about the decision. This will further piss off Korea. In the lily-white skatenastics world, Park Mi-hee clearly had a ''job transfer.'' There were also comments made in my previous post that Brian is somehow announcing this the same day in order to sabotage All That Skate LA. Um, this is America, we love drama and divas. This is a good thing and will only increase the publicity and exposure for the event.
The cast for All That Skate LA has been confirmed. Yu-Na Kim and Michelle Kwan will co-headline the event. It is MK's first performance in the US since 2006. The event is significant, as Yu-Na shows tend to be giant spectacles in Korea. It remains to be seen whether figure skating can still command a large audience in the US, as Stars On Ice has continuously struggled at the box office over the last decade. While the 2009 Worlds were a success, shows have not been. If Korean-Americans come out in droves, the next event will clearly be held in Old Tappan, New Jersey.
The cast for All That Skate LA includes: Ashley Wagner, Belgosto, Brian Joubert, Savchenko and Szolkowy, Shen and Zhao, Stephane Lambiel, Johnny Weir and Voir.
It is amazing how Mishin and Plushenko continue to state that he will compete despite his banning by the ISU. They did not appeal the initial ruling. Alexei Mishin gave a fabulously defiant and matter-of-fact Russian interview to World Figure Skating about the situation. Unless they know something we don't (and one many never comprehend the broadness Mishin's political power), the situation continues to appear more and more entertaining by the day. Given that the Figure Skating Federation of Russia provided the ISU with evidence to revoke his amateur status, this is Russian Drama at its finest.
Kristen Maloney is the new Assistant Coach at UNH.
The Chinese have been dominating diving at the Youth Olympics. Qiu Bo won the 10 meter platform. Compatriot Liu Jiao captured the women's event.
The FIG gave Marian Dragalescu a warning for failing to comply with the out-of-competition doping regulations.
The list of competitors for the Nebelhorn Trophy has been posted. As rumored, Ashley Wagner will begin her season at the Senior B event.
Mother Russia's young bad ass divas with weapons captured Youth Olympic gold in the Rhythmic Gymnastics Team event.
Shockingly, a Russian also won the individual rhythmic event. Alexsandra Merkulova is the new HBIC.
The new Workout Wednesday on Gymnastike features Macko and Bridgey Caquatto.
Posted by OlympicEffect at 1:39 PM