Voir's book (written by Steve Milton) will be out this November. It is supposed to include numerous behind the scenes photographs and I must say, I am tempted to buy it. 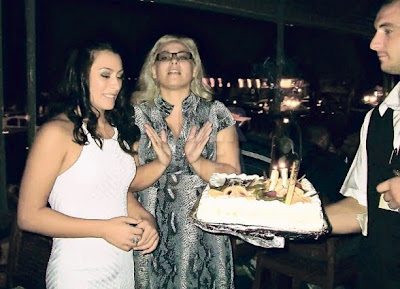 Catalina Ponor celebrated her 23rd birthday yesterday.
Tan Sixin captured gold on beam and floor at the Youth Olympics. She was the top scorer on balance beam for all three rounds of competition, but she was not expected to win floor exercise. Favorite Viktoria Komova appeared physically and mentally spent after going 8 for 8 over the first two days of competition and winning the vault title. She won bars but hit her feet on the mat after her pak salto. She had several issues on beam and sat down her first tumbling pass on floor.
I am rather shocked that the comments haven't started rolling in about Komova being a head case. Vika had a ton of pressure on her this week and delivered, only to appear ready for a slight respite after four days of competition.
Watch Women's Balance Beam Highlights
Watch Men's Vault Highlights
The boys put on their speedos for the 3 meter preliminaries. China's Qiu Bo leads by a mile, Michael Hixon is third and Tom Daley is fourth.
Michal Brezina is threatening to do a Quad Toe+Triple Toe, Qual Salchow from steps and a Triple Axel in his new Kodo short this year. The program was choreographed by Pasquale Carmerlengo. He is keeping his An American In Paris long program but is changing the jump layout and some steps and transitions. He will begin his season at the Nebelhorn Trophy.
Kavaguti and Smirnov withdrew from Skate Canada due to needing more recovery time from surgery. Whatever, I am not a huge fan, but I do long to see her dislocate and pop the shoulder back in place mid-program by Russian Nationals.
Posted by OlympicEffect at 7:49 PM