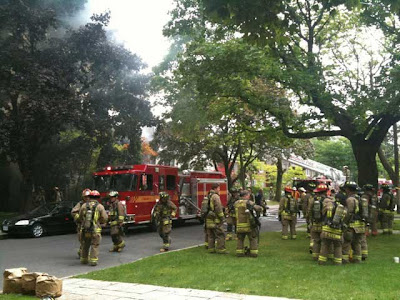 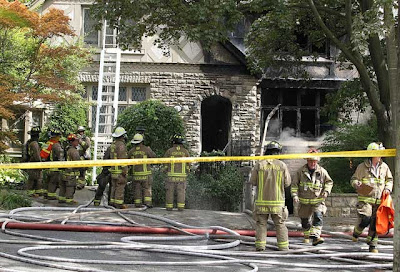 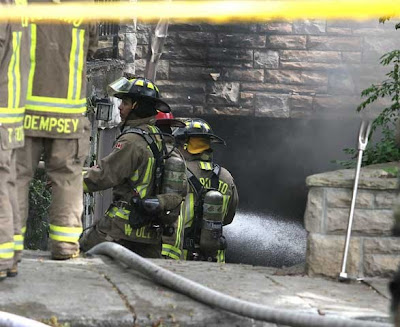 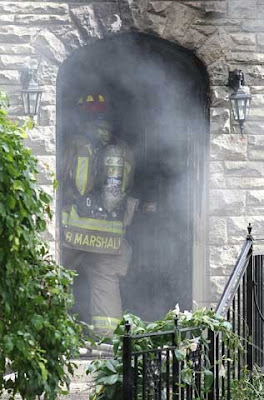 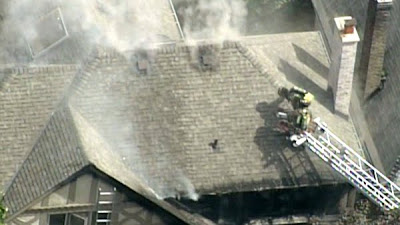 Kurt Browning's home caught fire, requiring 80 firefighters and 18 fire trucks to contain the fire. Firefighters were called to the three-alarm fire at 11 a.m. and the fire was put out by 2 p.m.
The fire began due to an unattended leaf blower that was being used to dry a seat in Kurt's Porsche. Flames spread quickly and the roof of the home eventually weakened and collapsed. Firefighters were unable to fight the blade from inside the home due to it being structurally unsound. Kurt, his son, a painter and several pets were inside the home at the time of the fire.
No one was injured in the fire and the home will likely not have to be torn down, but will require extensive renovations.
In the words of Margaret Thatcher, "At least no Olympic Medals were ruined."
Posted by OlympicEffect at 2:58 PM