The End of Tay 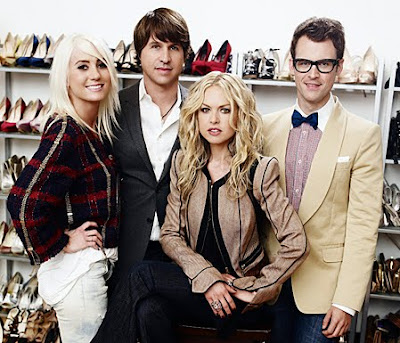 Many blog readers share my love for The Rachel Zoe Project and know the genius of Taylor Jacobson. For those of us who are willing to admit that we once bought US Weekly during the Lindsay, Olsen Twin, Brangelina and Nicole/Paris feud will admit that Rachel Zoe was everywhere and her clients were coked out thin and fabulous. They were inspirations to ED sufferers everywhere.
Rachel is beyond upset about this split with Tay. You don't even know. You'd be able to tell just how upset she is if she still had the ability to make facial expressions. But she can't, so you don't!
Rachel Zoe and her team badmouthed Taylor all over tonight's episode, but one must remember that things have always been a little shady in Zoe camp. And we're not just talking the drug rumors, her weight or the change in the pronunciation of the middle name on her birth certificate. Remember how she fame whored herself out Dina Lohan-style back in '04-'06? 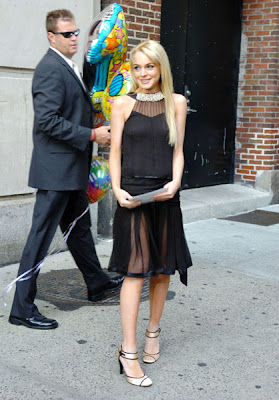 Suddenly it is all about how classy she is and her loyalty to her first client, Jen Garner. Where was Jen when Rachel was BFF and stylist for each and every coke whore: Lindz, Mischa, Nicole,etc. Where there's white residue... 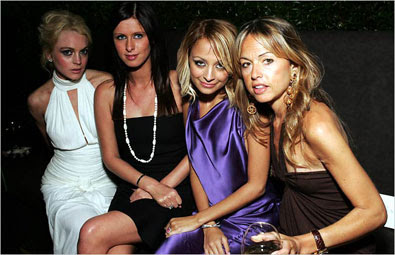 Suddenly it is all about how classy she is and her loyalty to her first client, Jen Garner. Where was Jen when Rachel was BFF and stylist for each and every coke whore: Lindz, Mischa, Nicole,etc. Where there's white residue...
RZP without Taylor...I don't know if I die anymore.
Taylor hasn't said much, but the bad ass bitch did grant an interview to TV Guide and it is food for thought:

TVGuide.com: Do you feel like you were fairly portrayed on the show before you left?
Jacobson: Reality TV is faux reality. It's a contrived reality, and everyone knows that. I was an extremely hard worker and I still am. So, in that sense, yes. As much as people want me to go off on the show and Rachel, I don't really have anything to say about the woman who I am not allowed to talk about. Really, I don't have ill will. It's time to move on and I have.

TVGuide.com: The first episode contains flashbacks to your happier times with Rachel. She often referred to you as family. Are you hurt at all by how things have ended?
Jacobson: I have an answer for that, and while I would like to say what I have on my mind, I don't think it would be good. When you work for anyone high profile, you sign a confidentiality agreement. That's why I really can't talk about it. I will say this: I don't fit into sample sizes! Where did that even come from? I'm not a size zero. I have 34-D boobs! Models are flat. I don't fit into samples. I don't understand. It's the weirdest thing to me. I'm fat.

TVGuide.com: Oh, please.
Jacobson: I don't fit into samples! God, when is this show going to end?

TVGuide.com: Word is you have been approached by other networks to do a spin-off series.
Jacobson: Yes, but I'm not interested. Also, I'm not a catty person. I did four years. I've worked with other celebrity stylists. With Rachel, I was just at a point where it was time for me to do it on my own and concentrate on my career and on where I want to go and what I want to do — and not be under someone's shadow. Things in the styling business? The lines get blurred. Things get misconstrued. There are always two sides to a story. I don't know anyone who hasn't been supposedly fired by Rachel — just investigate her past with clients and assistants. It doesn't matter really what I say. The going back and forth? I don't want to keep perpetuating it. There are 50 million things that I could say, but where is that going to get me?

Posted by OlympicEffect at 10:50 PM

Labels: Because We Are Gay, Fashion