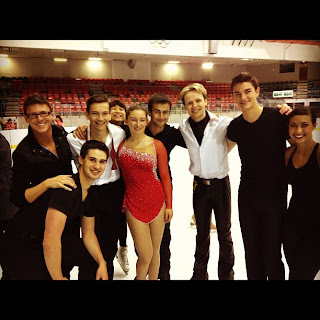 Mark Hanretty edged out Garrett Kling in the YAS finals by half a star.  Job well done to both lads.


Jade Barbosa is out of the Olympics over a refusal to sign a contract to wear a leotard with the designated sponsor logo.


More with the CGA Gang

Steven Gluckstein beat out his brother to become an Olympian.
Posted by OlympicEffect at 11:00 AM