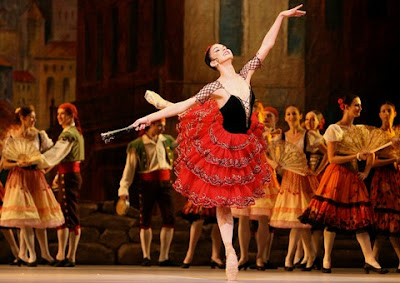 Vocal music will be allowed in all skating disciplines beginning with the 2014-2015 system.  It may be a while until Nicki Minaj is playing.  There are pluses and minuses to this ruling: we won't hear Carmen as much, but there is something pure about interpreting a classical piece as opposed to merely acting out vocals.  Ice dancers have not abused vocal music as of yet.

Elements will now be graded on a 0-4 level scale as opposed to level 1-4.

Michelle Kwan talks with America's beloved Robin Roberts.  She will head to South Korea for this year's Special Olympics.

Samuel Contesti retires.  He will now take up coaching and give his brand of low brow programs to future generations.

Team China has announced that its Olympic Team will consist of: Huang Qiushuang (who know has an Amanar), Yao Jinnan, Sui Lu and Deng Linlin.  The fifth spot will be decided between He Kexin, Jiang Yuyuan and Tan Sixin.

David Boudia is killing it in the pool in synchro at the Diving Olympic Trials.  Boudia and McCroy lead by more than 100 points after semis of the 10M synchro.  Live results are not being posted due to tape delays by NBC.  Finals will air on NBC this weekend.   Round by round results (just not live.)

Johnny Weir revealed that he will be working with Nikolai Morozov in an interview in China.  Working with David Wilson didn't help his components or much for him politically.  If Morozov gives him a program like he did for Sasha Cohen, it could be pleasant and he could certainly help him politically.  The man got Miki Ando to components scores she needed to win two world titles.  Given that aside from the year they tried to butch Johnny up, all of his programs look similar, he will likely wind up with a similar-looking program and potentially better marks.  He will need it considering that he has never landed a clean quad in competition.  This could be a good move to combat the likes of Rippon and Abbott internationally.  When trained, Johnny is more consistent than the other two top Americans.

A Chinese Article says David Wilson will do Johnny Weir's long program, the flaming Phoenix rising from the flames of hell.  This likely means Morozov will do his short program.

Comcast will air an Aly Raisman documentary next month.

Get to know Sabrina Vega
Posted by OlympicEffect at 8:51 AM