Teng Haibin has had to withdraw from the Olympic Games and is being replaced by Guo Weiyang.  Teng Haibin has trained through his injury, but is not performing up to standards and has been replaced. 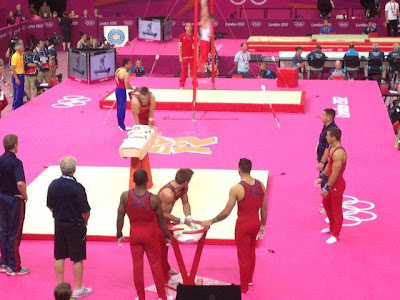 It was announced on the Today show that Maroney's issue is with her toe, but they are resting her and she will be fine for competition.

Anna Li  fell from the bars today and was taken to a local hospital for testing.  Thus far, all tests have come back clear.

John Geddert posted another blog entry from London where he displayed his lovely writing skills and his douchey personality.  He is always the martyr.  It makes one wonder if they gave him the head coach gig to shut him up with what he writes online. He is certainly ballsy (and spends a LOT of energy focused on social media.)

Wonderful interview with David Barba about the documentary on Marcelo Gomes 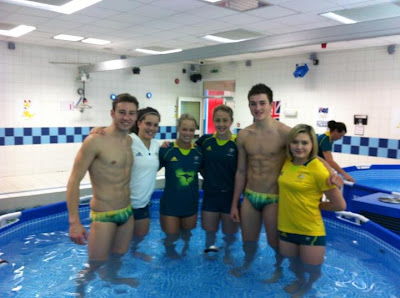 Matthew Mitcham's Facebook provides up-to-the-minute photos from London.  Here he is in one sexy-looking ice bath.


Dare Maxwell training update.
Posted by OlympicEffect at 9:40 AM