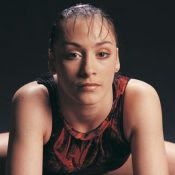 The full twisting double layout for Ponor did not come to fruition.

Iordache did do a double double+leap and had boundless energy.

Chelaru connected her tsukahara+back tuck much better than Izbasa.  She displayed dance that made Wieber and Raisman appear positively brilliant on floor.  Adi Pop has outdone herself with trash.

The Team is supposedly: Bulimar, Chelaru, Iordache, Izabasa and Ponor.

Yuona Dufournet looked very special on her Onodi.  She did not look ready for level 9 western nationals.

Ponor vaulted a DTY.  Izbasa vaulted a Mustafina (same as Maroney's 2nd vault) and a short and shitty DTY.

Iordache only vaulted a DTY despite showing an Amanar in that training video. 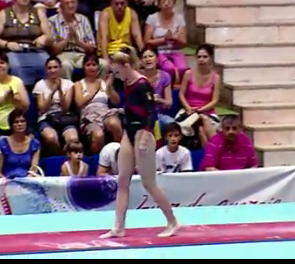 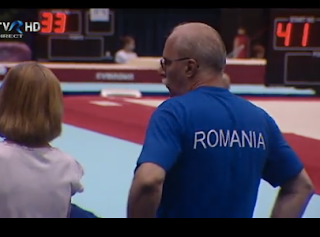 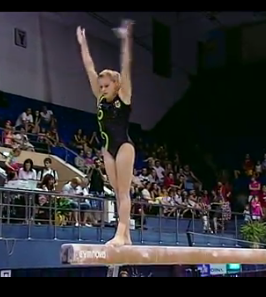 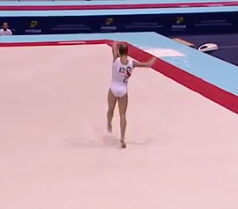 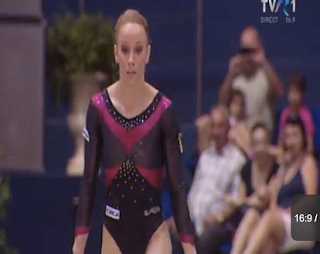 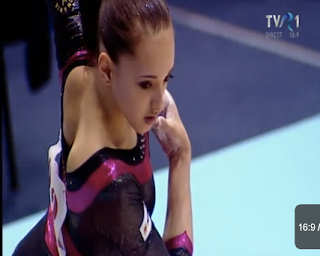 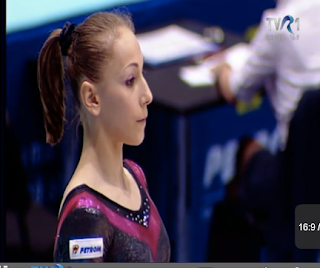 Belu is prepping these girls like his 2004 team.  They look ready to HIT HIT HIT in three weeks' time.  They are going to make Martha's girls have to earn it.  They are definitely going to factor in for the individual medals in the all around, beam and floor finals.  Izbasa could make vault finals and medal, but her DTY was not worthy of a bronze based on what she showed here. 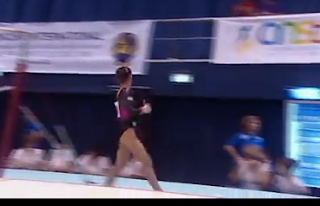 Bulimar had a pause mid pirouette during her otherwise mediocre Romanian routine on bars. 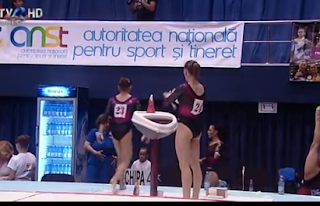 Chelaru hit a slighty better routine than Bulimar.  She displays more swing and looks to have some sort of ability on the event.  Her jaegar was painfully low. 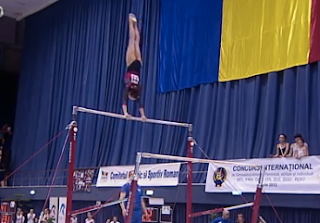 Iordache is the best Romanian on bars.  That is an honor on par with being the Parkette with the largest muscular ass.  She had a slight error early in the routine, but nothing major.  It is really about the best she can hope for on the event in a high-pressured competition. All three of Dracula's daughters stuck their full twisting double back dismounts.  Tsukahara! 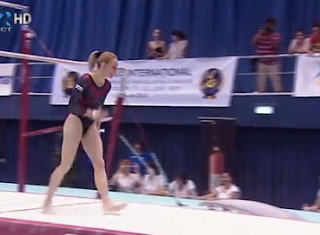 Belu is hiding Izabasa on bars like she is Mirela Turgalan.  She hit her routine and stuck a double front dismount.  Izabasa displays more of an open shoulder angle than her compatriots, but she doesn't have the swing or amplitude on the event needed to be a good bar worker.

It does not look like Racea and Haidu will be competing. 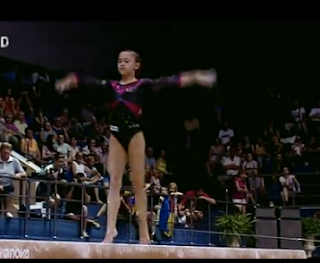 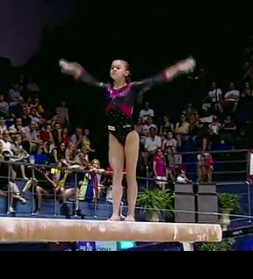 Bulimar stuck her leadoff Romanian beam routine.  It was very clean.  She lacks the requisite amplitude on her layout to two feet.  She moves quickly like every Romanian since 2001. 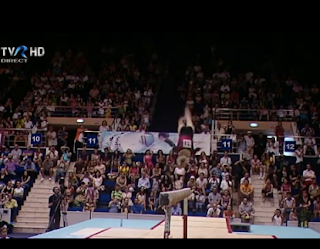 Izbasa hit a sloppy and unspectacular routine.  Her layout to two feet is low with some of the ugliest form I've ever seen on the skill.  She is in desperate need of a red bull on bars and beam.


15.400 for Bulimar.  This meet's scoring is on par with last weekend's Olympic Trials for the American bitches. 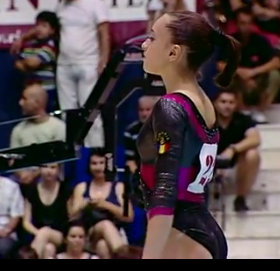 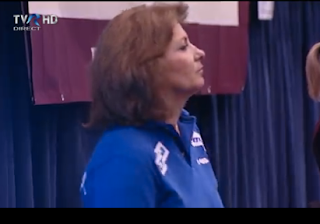 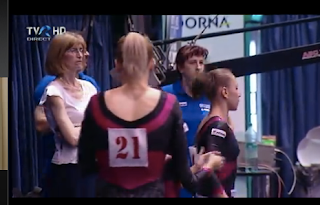 Iordache has a much more interesting routine than Bulimar and Izbasa.  Small wobble on double turn and front pike.  Slight form on front pike.  Strong side somi and back full.  Lacks amplitude on her series.  Small hop on triple full dismount.  Strong routine.  If I heard correctly, she got a 15.925, which is an absolute joke. 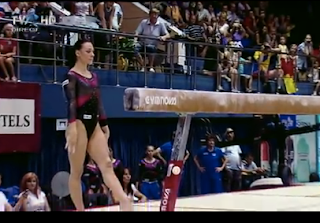 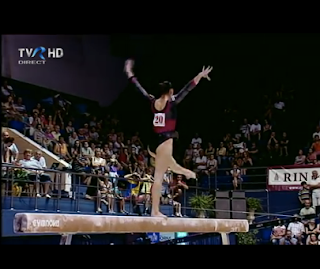 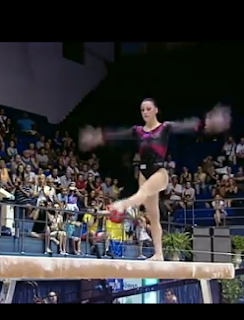 Spectacular exercise from Ponor, who is as strong as ever on beam.  Slight leg separation and hop on the double pike dismount, but the interior was nearly flawless despite slighty overturning her double turn.  15.700 for Ponor 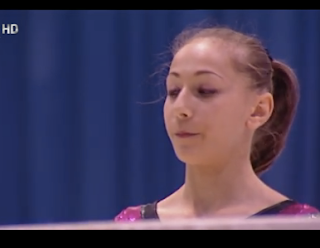 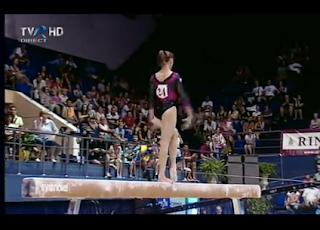 Ionela Laoies Chelaru is up after Ponor.  Her switch half was offensive.  There is an utter lack of content. 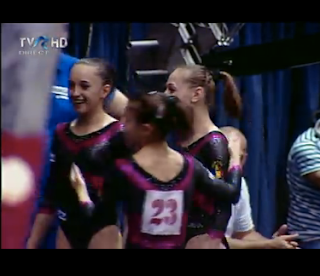 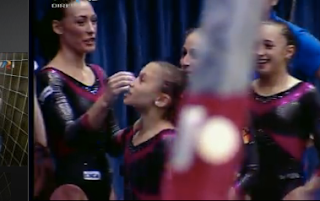 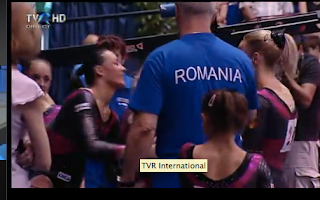 The other girls appeared to be laughing at her lack of expertise on the event.
Posted by OlympicEffect at 6:42 AM