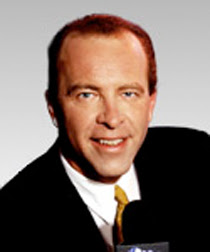 Children, it is the Olympics.  Bob Costas is sitting on his raised platform to appear taller.  NBC is tape delaying the fuck out of this.  Let's begin at the period-stained arena.

It is twenty seconds in and I'm already beyond sick of Tim Daggett.  If you asked me a few weeks ago, I would've told you it was going to be a long summer with Tim.  I was right.

Michael Phelps almost missed the finals. Blame the hookers. I feel for these female swimmers who will never be able to rid themselves of their man shoulders...and neither will Raisman or Wieber.

I've yet to actually meet anyone who really watched the Opening Ceremonies last night. A few of us attended Melissa Gregory's Opening Ceremony party, yet between the loud music of the bar, all those Mary Poppins and a handful of random children lighting the torch, I was far from intrigued or impressed. It was all very British. The party was equally special as Lucinda Ruh was present. Not spinning.

Misty May and Kerry are playing beach volleyball. I'm not sure if we're supposed to be hot for them. I believe it is why they are famous, but I get a distinct Hope Solo on DWTS vibe from them. AKA they've got firm handshakes.

Why have Beach Volleyball at night when it is chilly? The popularity of this sport has little to do with athletic achievement.

Ryan Lochte has grills and a closet big enough for Tom Cruise.  He has the voice of a pot head and the brain of a sixth grader.  Hot and dumb...how I like 'em.

Why are we watching beach volleyball?  This is far worse than watching junior ladies.

WestPalmBitch, Drunksana, Lisa Weiss and I are bored of this and have decided to watch some Kloe Chanel get her big ass around in the air three times on a throw triple lutz when she is wider than her partner.  Rachael Flatt and the Hughes sisters have no excuse for sucking. I am showing them how fascinated I am by Nicole Bobek joining the circus.

Did NBC just oil up the men and get them shirtless?  I live for Horton being the ugly duckling by comparison. I live for Danell's seductive looks and 'the V' or 'penis pecs' according to Dear Lisa Weiss.

I live for the Buddhist Rosary going on with Team China.  They are a bigger hot mess than China on high bar in Atlanta.  Props.

Will Tim Fagget ever stop speaking like he is teaching preschool?  I realize his coaching abilities are on par with kinder gym.

You know this is going to be a hot disaster by the over-the-shoulder shot NBC is sporting. I love that Guo Weiyang was ignored by his teammates...as he should be.

NBC is explaining their traffic light system...as though it isn't retardedly intuitive.

Zhang Chenglong is the tallest man in China. If he were taller, they'd export him.

I love that gymnastics has jumped the shark to the point that NBC has to dumb down the score breakdown. They've given up trying to pretend about its legitimacy.

How is Zou Kai the only person to escape China without toepoint or extension?  Don't they have a billion people in a rice field starving right now? Someone couldn't be beaten and stretched to do a better routine?!

Only NBC finds the 300th place gymnast no one cares about to take an opportunity for a sob story about suicide.  Where's Eileen Diaz?  And those last two passes were his seventh and eighth attempts...

Tim Fagget's penis is twice the size of "Doubling" right now.  And he is alluding to the hole in leg already...

"I deserve what I earn," the dumbest tattoo I've earn of since my cousin got his zip code (and moved.)

I live for the Chinese messes. They should be on suicide watch with the Irish drunk...

Rohene is crying over his 15.800. It's qualifying.  You ain't won shit, bitch. That is my new favorite moment, replacing Shawn Johnson's fat ass knocking over everything in her house.

"He was a cute kid, what happened?!"- Lisa Weiss on her homeboy Michael Phelps at the Meadowbrook Swim Club (next to her ice rink.)

Where are his shoes?  Where are your shoes?  Does he know that billions of people are watching this?  Put some shoes on!- Lisa Weiss
"...and brush your hair!"-WestPalmBitch
"...see his teeth are straight...enough, it's the mouth"-Lisa Weiss

That was totally the only time Michael Phelps saw his mother and sisters in a year.

"I hope he tests positive for steroids."- Lisa Weiss on Ryan Lochte, the most annoying Olympian since Rachael Flatt.

"Maybe Phelps will get the Bourne and Kraatz fourth-place medal."-Drunksana

"What is that tattoo?"-WestPalmBitch
"It's a gator. He's from Gainesville and never left. It's where he tries to pick up women."-LW

"I feel like he has a four inch penis."
"It's fine. His wife is a gymnast. She probably has a two-inch vagina."

Lots of penis pecs on NBC this year and I'm loving every second of it.

What idiot is putting Horton up first on horse? God damn the shitty-as-fuck American education system. It goes to show that History is a subject taught by the football coach.

Note to NBC: Nastia and Horton aren't there for the team. No one is.

The four-incher on horse...this will be a miracle if it goes well. White fucking knuckle. Is he seriously competing with his wedding ring on? How does that help his pommel horse routine?

"Guys, we knew that was going to happen."-Lisa Weiss on Horton's predictable suckfest.
"They should've put up Jake Dalton so we could be the one to console him when he fell."

Sam Mikulak is arguably the dreamiest member of Team USA. We didn't even make him compete day two of Trials. I live for the fairness. (I'd take him too.)  Why does Elfi do her retarded voice when repeating athlete quotes? He should just compete naked.

Danell Leyva...the uncut National Champion is next! Where is his real father when his step dad is acting like a buffoon?  Danell is looking very good and speeding it up to disguise the form breaks.

"He talks to his dad, unlike Gabby Douglas whose father just shows up for the airtime."-Lisa Weiss

Lisa Weiss debates whether or not Orozco is adopted. I love this ethnicity is worthy of a biology class. Everyone wants to know and he's too busy talking about the Bronx. It can't even be found on google. Everyone is dying to know. Drunksana is hungry for some chocolate and wants to know.

Orozco's J Lo booty going around the Pommel Horse is beyond impressive.

"There is no way she gave birth to him."-Lisa Weiss on Mrs.Orozco
"That's the dad?! Oh, come on! And it's supposed to be taboo to ask such a question."

Maybe Mrs. Orozco has a few men on the side and is the most entertaining Olympic parent ever? Recessive genes don't even work like that...

Kohei is my dream man. OH SHIT ands he missed the release. FML if he loses the AA gold.

"Yin has lost so much weight."-WestPalmBitch
"Look at the calories he is burning acting like that!"-Lisa Weiss

"So you think they just have so many mixed races in their family that they have kids and guess what color they're going to be?!- Lisa Weiss on the phone with Margaret Thatcher
"Maybe the mom has the Michael Jackson disease?"-Drunksana
"Maybe she just has a lot of 'close friends?'-AJ
"I hope he never uses bleacher like Sammy Sosa."-Margaret Thatcher

Are we supposed to pretend the Opening Ceremony with Mr. Bean was amazing?  Even the Queen was bored out of skull.

Is it everyday knowledge that Ryan Seacrest only got where he is by having a relationship with Merv Griffin? #mostproductiveaffairever   If he pushes Bob Costas out...

Kohei is getting a 12.466...blame the period-stained arena.  Women are the problem for everything.

Orozco missed PBars because he found out who his father is...and is mother.  "I'm sticking to my chi square."-LW

I swear that big ass helps John Orozco stick. They need to bottle that.

He is FABULOUS! Diva snap!  Why is Danell missing this routine all the time?! He cannot fuck up. Tara Modlin needs a gold medalist. The world does crazy things to crazy people.

Kohei messing us is death to my soul. Did they really skip Jake Dalton on vault?! This coverage blows.

Mikulak or Dalton?  Who'd you rather?

Mikulak goes down. Pass the wine.

Why is this coverage such a shit show? Is this a blooper reel?!

A story on the Orozcos...Lisa Weiss is glued to the TV. "They're gonna tell us."  And they bring up the Bronx! Note to the Orozcos...he could just go to fucking Chelsea.  "I told you, New Yorkers don't like to leave their neighborhood."

"I could've been there."-John Orozco
"And you would've done what?!"-Lisa Weiss

Lisa Weiss is showing me a photo of her Romanian cousin who looks like Dominique Moceanu. One day she'll have a legless sister to carry around in her Louis Vitton as a mediawhore accessory.

How many times have we heard that Horton has had a rough day this year?! Elfi is nervous for him. This entire competition blows.

"What is Rebecca Bross doing now?-Lisa Weiss
"Finishing her year and a half of high school and being a token body on the post olympic tour."-AJ
"Half a body and one knee."-LW

Horton hits, but tucks down the dismount and sets. Jake Dalton looks hot in the background. NBC doesn't care about him. He doesn't have a paternity question mark.

Danell Leyva is doing it for me tonight. I'm so glad they hid Yin Alvarez far beyond a mere Bela-barrior. Bent elbow issues. Nice layout kovacs. 'Those are the skills the crowd enjoys.' Elfi loves to state the obvious. Tim jinxes the dismount. Danell has the form of the diver Mark Ruiz who always performed with one foot pointed and one foot flexed...not unlike the majority of moves my fierce Asian instructor has us doing today. We were anorexic skating bitches who nursed our Olympic hangovers with yoga, pilates and brunch with Tara Lipinski.

Ryan Lochte missed his heart when he saluted the flag with his hand over his abdomen.
"Do you really think he knows anatomy?!'-LW

John Orozco is such a big boy. Sticks that booty out. He would be very good in our yoga class. This is not his best day, but everyone else blows. Shut up Jonathan Horton, I hate when positive people try to ruin your pissed off moment.

Danell...top or bottom, that is the debate. Yin is a bottom. Note the hair and eyebrows. He has some Oksana Baiul-the pro years posture when running. Not cute. How is this sloppy ass skittish mess ranked so highly? NBC has not showed a clean routine yet from him. Yin makes it all about himself once again and Danell is overtime.

Sam Mikulak- He needs to be our all arounder when the Latinas are having such mood swings today. Lord only knows if they're still mad about the outcome of Miss Universe.

Mr. Horton is such an annoying cheerleader. So nice, yet so irritating.

Mmmm Jake, He's had a great day they haven't showed us. I love his sexy Cindy Crawford mole. I hope Kayla Nowak tries to bite it off. He can be in our yoga class too. So beautiful. How is he American?!

If McKayla Maroney can't vault due to a paperwork error...I give up on these fucking lame ass Mary Fucking Poppin Olympics.