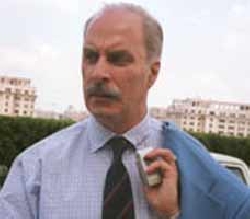 Romania's gymnasts failed their Baccalaureate exams and are borderline illiterate (or at least Chelaru is.)  Dracula's daughters are required to attain an average score of 6.0 and at least a 5.0 (out of 10.0) in each subject they test in order to receive a high school diploma.  These girls are making the Spring Creek students who can only ever dream of attending school in the SEC or Arizona appear like downright scholars.  As usual, it is NOT Bela's fault.  It is good these girls are responsible for flashing their own vault numbers or registering themselves for competitions.  These girls did not even take the math exam, thus it limits their university options.  Ultimately, they're all going to be PE Teachers...if they're lucky.  Diana Chelaru, the resident scholar, does not have many options after being Romanian on bars and laughed at by her teammates for her effort on beam at Saturday's quad meet.


Special Session of 2012 BAC was one of tears for our gymnasts. Ten members of large groups of gym, preparing for the Olympic Games in London, baccalaureate exam in special session in late May. The results were disastrous, all ten athletes being declared inadmissible the baccalaureate 2012 .
Concerned about poor performance, parents and athletes have sought withdrawal of children from lots Olympic baccalaureate training session in late August. Women's gymnastics coach lot, Octavian Belu, gave as an example the case of Andrei Vasile, the parents withdrew him from the squad for the European championship in preparation for the special session in 2012 baccalaureate .
Belu: "For the first time in 20 years when the BAC gymnasts do not pass"
Contacted by the thought , Octavian Belu has commented that athletes train and criticized the make-up of topics for olimipici.
"We have an educational disaster, but is the fault of girls. For the first time in 20 years when gymnasts do not pass baccalaureate, although we applied the same system we had and the Deva, with teachers who came to camp to take courses. It is not easy when you have eight hours per day, but school comes first must build a future. Gymnastics also includes several years. We did not intervene anywhere. Will give BAC the session in August, but here is the problem. It takes a special examination to adapt the requirements, not just be another day. Talk about some people who are best in their field, train daily, and we give the same themes that have and those who do nothing but go to school. We must distinguish between them, "said the coach.
Octavian Belu, the BAC result is difficult to "digest" of the sport: "We have time to recover before the Olympics, the physically, but in training already known to be affected. It is an important examination of a child's life after 12 years of school and you realize that the result did not bode well, especially since they had been trained.I think of all those so-called Olympic girls in gymnastics even learn for this exam. "
Minister of Education: Athletes from the Olympic team could give the BAC in July
Minister of Education, Liviu Pop said Octavian Belu will contact and will try with the legal department of the ministry to find a solution for athletes to support baccalaureate lots before the London Olympics.
"I know issue gymnasts and is a subject that concerns me. Trying to find a legal framework so that athletes from the Olympic team can support baccalaureate in July. I will speak with Mr. Bellu and I will ask you to send me gymnasts program. I hope to find a solution. "Said Liviu Pop for thought.
Special promotion rates for Olympic session of 2012 high school was 35%. This shows the results of the ferry port of gymnasts:
Lot female
Diana Chelaru - rejected, did not pass the Romanian language and literature (3.80)
Amelia Racea - rejected, passed all the tests, but failed to obtain the average over 6 (5.16)
Daniela Andrei - rejected, did not pass the Romanian language and literature (4.25) and geography (3.80)
Diana Trenca - rejected, passed all the tests, but failed to obtain the average over 6 (5.70)
Lot male
Adelin Kortong - rejected, did not pass the Romanian language and literature (3.30)
Alex Stoian - rejected, did not pass in history (4.40)
Doru James - rejected, passed all tests , but failed to obtain the average over 6 (5.86)
Christian Precup Phong - rejected, passed all the tests, but failed to obtain the average over 6 (5.10)
Robert Ciuculete - rejected, not noted pass the Romanian language and literature (3.60)
Andrei Vasile Muntean - rejected, did not pass in history (4.30)
Source: Thought
Posted by OlympicEffect at 8:34 AM