A Letter From Johnny Weir 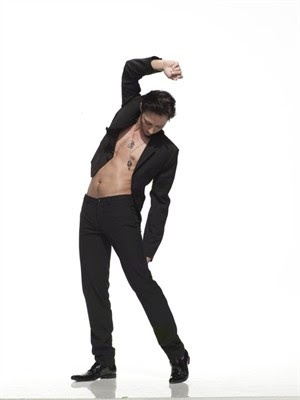 Ms. Weir has released an open letter to the fans. Please try to manage a straight face through all of it. No eye rolling!
We all know that Johnny has been working VERY hard on his technique lately. I so expect to see him back in 2011-2012. He has done such a good job of keeping up with his technique. I have no doubt that he'll have a second triple in his repertoire again in no time.

I would like to officially announce that I am withdrawing my name from the 2010-2011 competitive season. My decision comes after months of weighing the pros and cons of competing this season, and I have decided that I need a year to explore and reinvent myself as an athlete and artist.

There are many projects that I’m currently working on and that I want to devote my time to, including my single, “Dirty Love,” my fashion line, “Be Unique,” and my quarter-century memoirs to be published with Gallery Books. I’m also working on the second season of my hit reality TV series, and of course skating in shows around the world and producing my own skating spectacular.

I want to thank so many people: My mom, Patti; my coaches, Galina Yakovlevna Zmievskaya, Viktor Vassilievich Petrenko, and Nina Leonidovna Petrenko; my choreographer, David Wilson; my agent, Tara Modlin, and Fireworks Sports Marketing; and my friends, family, and most of all my fans. I skated for my fans this season, and I was able to skate because of them. They gave me inspiration every day in practice and helped in so many ways to get me back to the Olympics for the second time. I am forever in your debt.

The main reason for my decision is to have more time to reinvent my skating. I want to create a new skating image for myself so that when I return to competitive skating, I can perform in a way that is both unique and inspiring. I say all of this in hopes that I will return as a competitor for the 2011-2012 season.

At twenty-six years old, I have been competing at the highest level of the sport since 2000. Training and competing have been my only way of life for the past thirteen years. While it has been a magical journey, I feel that a brief hiatus will be truly beneficial to my skating and my future.

Although I’m taking a break from competitive skating, I still hope to be on the ice as often as possible, training and performing for my many fans around the world. I have even selected music for my next competitive programs and am already dreaming up costumes.

While my eyes are currently focused on many different projects, my brain will never forget about the Sochi Olympics in 2014. It would be a dream for me to compete in an Olympic Games in Russia, and I think one thing my fans know about me is that I don’t give up on a dream easily.

Thank you to everyone who has supported me. I hope to be performing for you very soon. I believe this is the right step for me to make in my career at this time, and I am very proud of everything I have accomplished so far in my life as a figure skater.

Posted by OlympicEffect at 12:40 PM