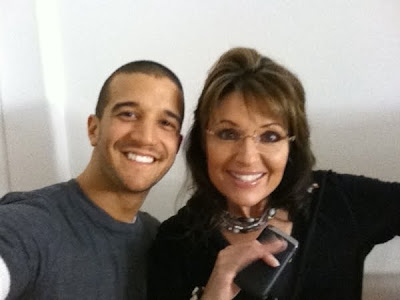 Mark Ballas tweeted a photo of himself with 'Mama Palin.'
Russia announced its World Team: Afanasyeva, Dementyeva Kurbatova, Mustafina, Myzdrikova, Nabieva and Semenova.
An article about Felicia and Tay's senior debut (and Gretchen Donlan and sexy Andrew Speroff.)
Nikolai Morozov's skater's have been training in Latvia due to fires in Moscow.
Kanako Murakami will not compete at Nebelhorn due to broken skates. She will compete in a Chubu regional competition on Oct.1.
Start Orders for JGP Japan.
Cassie Whitcomb's floor routine with upgraded tumbling. (It is unclear when it was filmed.)
Posted by OlympicEffect at 7:41 AM