All That Skate LA Press Conference 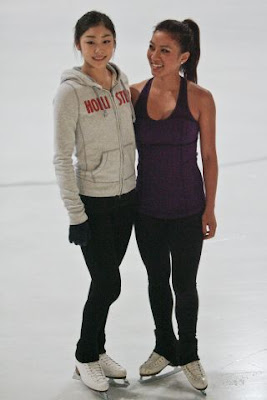 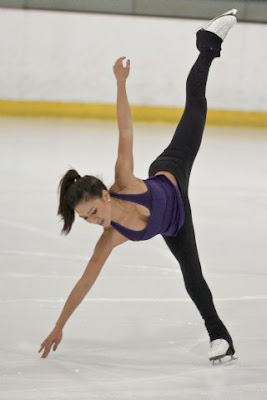 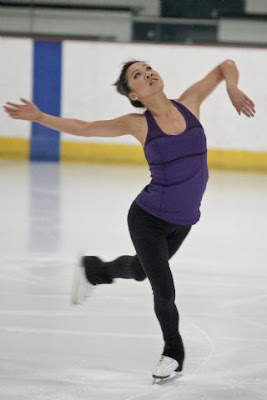 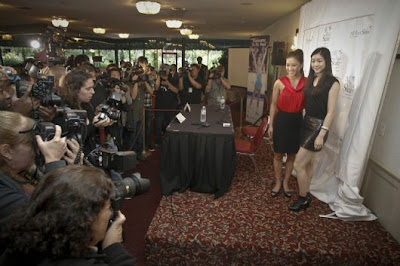 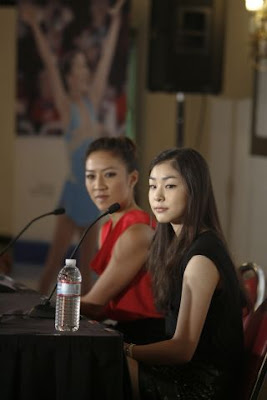 Yu-Na Kim and Michelle Kwan held a joint press conference and skating demonstration at Pickwick Arena for All That Skate LA. Queen Yu-Na and the Kween discussed the upcoming show. As usual, the Korean media was out en masse, which also indicates that they will be all over Kim training in LA. As of now, Kim is saying she is in LA for the show and may stay longer for training. Given the connections Team Kim and Team Kwan have jointly, they could start their own joint figure skating empire.
A representative from AT Sports told the LA Times that Yu-Na is used to the press and that their presence was nothing special as "In Korea, she is much more than a movie star." The executive making the somewhat arrogant-sounding statement was not our favorite Helen Choi. This time, executive Koo Dong Hoi spoke to the press.
The press conference provided another opportunity for Michelle to open her mouth and talk about everything, with the press in the palm of her hand and loving every second of it.
Michelle told Icenetwork how Karen choreographed her show numbers. She indicated Karen's tremendous amount of talent as a choreographer, which is the biggest bunch of bullshit from the Kwan Camp since Danny claimed that Karen used to beat Michelle all the time in competition. This was also around the time that Peggy Fleming used to laud Karen for being a ''great jumper'' when she was doing a triple toe and triple salchow during the jump crazed mid '90s.
Karen has been choreographing, but unfortunately, she has passed on her excessive arm movements to her students. She should leave the choreography to her "allegedly" flamboyant husband.
Posted by OlympicEffect at 5:48 PM