Stephane Lambiel put on a skating clinic at All That Skate. It was simply amazing and utterly ridiculous. After his health issues earlier this summer, it was thought he might not even be able to perform. While he popped a few triples into doubles, the actual skating on the ice was simply brilliant. Every program he does as a professional is different and he really gets into the choreography and steps. It is clear that Yu-Na has been watching and appreciating him when you see her All of Me  program and note that he is the only skater to be invited back for every single All That Skate production. Deservedly, the crowd goes absolutely apeshit for his performances.


Yu-Na's El Tango de Roxanne from another performance. Notice how very huge her Lutz still is. After a few more months of training, the girl should be back. Her fire for the sport appears to have returned. 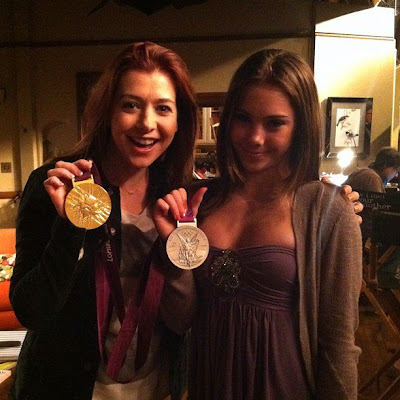 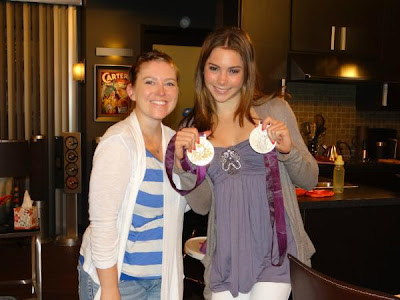 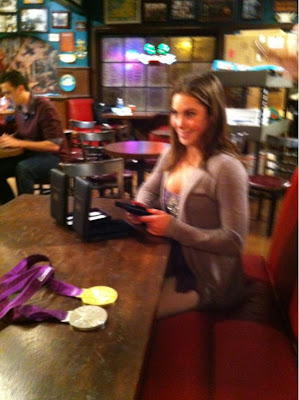 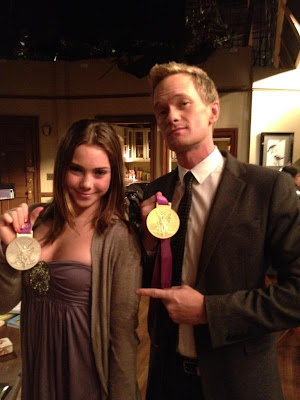 It looks like McKayla Maroney my be guest starring on How I Met Your Mother. I'd definitely tune in. It is one of those shows I'm always meaning to watch given all of our love for Neil Patrick Harris. This would be event television. It has the potential to be slightly better than Nastia on Gossip Girl.

A USA Today article on Jordyn Wieber's plans. It looks like she is thinking about 2013 Worlds, but we will see how she holds up after tour. Everything changes once the girls are able to relax and breathe for a moment on tour. The media is already openly discussing her changing body. Previous tours showed Carly and Shawn experiencing changing bodies by the day on tour.

Brezina is happy with his move to Hackensack.

Tuktamysheva apparently has a minor ligament issue that will set her back two weeks.

Jeremy Abbott has a 007-type short and a long to Bring Him Home. Kurt Browning turned down the opportunity to choreograph for him because he no longer does competitive programs. As usual, Jeremy says he isn't worried about Johnny or Evan. I predict they will motivate him to give a great skate at Nationals, take one of the two spots on the world team, think he can win later in the season, and then bomb Four Continents at Worlds. The USFSA needs to bring in Martha to do the right thing and yank whoever bombs Four Continents.  Adam Rippon is working on a quad salchow we know he'll never rotate. Ross Miner landed his first one at champs camp. Evan Lysacek did show up at Champs Camp.


Lovely Haley Dunne finished second at the Moran Memorial with this effort.
Posted by OlympicEffect at 7:27 AM