Kittens, it's time! Catty Comments here, and we've already had 30 ballerinas on the fx acting out dancing Black Swan Swan Lake, and we're ready for the AA! Will Vika Komova capture the major AA title Mama Kolesnikova never did? Will Musty go Barbaro attempting an Amanar? Will Dougie be confident or extra confident? Will Ferrari wear a lawnmower leo? Will Clubfoot the Raisman point a toe? STAY TUNED!

Fashion update - Ferrari's shoulders have survived the lawnmower attack, but her bust did not survive the bedazzler. Condolences Ferrari.

The Ruskies (Vika & Bitchface) are in deep blue, and the 'Mericans are in Toxic Disco Rasberry.

Clubfoot (USA) vt - large hop forward & right, looks like step on right red sideline. Lovely Tuckamar. 15.9. If Maroney were competing, she should receive a 17 out of a possible 16.5. NBC will have red, green, yellow, and PINK! GIVE IT AN 11!

Mustafina Musty Bitchface (RUS) vt - dty, cleanish post-flight, tiny step at end. She should go 15 for that - it's so much  better than DLL & Ferrari.

Ferrolito (ITA) beam - holy hell, I can't pay attention to the routine because of that leo. Because one-sleeve illusion fabric, deep blue leo with an asplosion of rainbow neon accents & bedazzling. AND NEON HAIRPINS TO MATCH - because, echo that shite. Can someone in Milan kidnap her & dress her better?

Izbasa (ROM) bars - meh. Muscled Romanian bars looks much better on the little ones. The leo is odd - reddish body and brownish sleeves.

Bitchface was given 15.2 for her vault - huge signal to Vika who was only awarded 15.466 for the sloppy Amanar.

Tanaka (JPN) fx - in the Japanese kamikaze rising sun leos - I'm actually okay with these. They're Japanese with a punk attitude. The Bond theme is cool, the arrangement (heavy on the celeste) is odd.

Pihan (POL) fx - nice attitude if not dance, semi-clean tumbling. What you need to know about Pihan Punk Cornrows is that the cornrows will always be dyed to match her leo. Her leo today is red, gold, white and black. So, yeah.

Seitz (GER) bars - giant Def with bent legs you could drive a truck through. Excellent rest of the routine, 15.166.


Iordache went 14.233 on by far her worst event, bars. If she chucks an Amanar in the final rotation (which I doubt with her foot issues, but still), she could be in the hunt.

Clubfoot (USA) bars - I suffer for you, kittens. She is in USA toxic disco rasberry, with bust & sleeve bedazzling. Bail was clean, pause on the stalder full with hiddy feet. Best routine she's ever done in an intl AA final. Now they're slo-moing her release moves - hiddy, hiddy feet. HOW DID SHE RECEIVE A 14.333?!! HOW??!! I need vodka.

Can we just all celebrate right now that Germany doesn't attempt to match their leos with anything?

Just watching the Michael Phelps online add. How is Ryan Lochte so hot in a swimsuit and we look at Phelps and go, yeah, he has his shirt off. So?

Izbasa (ROM) beam - nice kickover pike front, but why the wobble after the layout? I'm worried Belu isn't starving them enough. Still can't figure out the colors on that leo - a pinkish brick red? A blackish brown mesh sleeve? WHAT IS THAT? Where is Christian Siriano to help me?

Bitchface (RUS) bars - amazing Pak to Khorkina, almost stuck the Musty dismount. Where Vika's routine has lightness and perfect form, Musty has good form but power. Can we just bottle the diva and feed it to USA alternate Finnegan? 16.100 - how is that higher than Komova?

HQS (CHN) bars - no, I can't spell her name under pressure. All you need to know is HQS, and her black leo with neon rave swirls is 10,000x better than the fugly that was her Tokyo leo. Thank you fashion gods.

Dougie (USA) bars - giant piked Tkachev, giant Tkachev-Pak, small hop on the double layout dismount. I think she'll go 15.4375429. I hope she'll continue regardless of what happens today, and I hope they'll add more difficulty to this routine - it's 6.5 now, and she could easily go to 6.8 without blinking an eye. 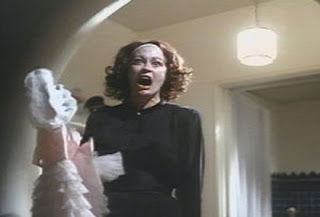 There now, I feel better.

Steingruber (SUI) vt - handspring rudi with cray-cray side steps. Like the shiny teal leo - it looks lovely with her dusky blonde coloring.

Your standings half-way are:


My feed froze, and suddenly Komova is dismounting beam. GAH! One step back on the dismount, a wobble on another move, but looks like she hit. You go blue swan gf! 15.441. Wow.

Lawnmower (ITA) beam - almost off after her series, .5 wobble. Looks like the rest of the routine was clean. 14.5.

Wheelan (GBR) vt - dty to stomach. This is because you don't comb your hair. COMB YOUR HAIR! That is all.

Bitchface (RUS) beam - solid double turn. Off on low standing Arabian - NOOOOOO!!! I am sad. Low switch ring with bobble. Bobble after back tuck. Switch 1/2. She then wobbles for nothing. Low double tuck, .3 step forward. SAD. Bitchface is so much more you than sadface. 13.633.

Iordache (ROM) fx - pike full-in, hop, oob. Tuck full-in to back tuck - clean but hella ungainly. I like the way she moves, even if it isn't official "dance".

Clubfoot (USA) beam - tuck front. Bhs straddle layout. Sissone. Awkward close-to-beam requirement. Front pike, huge break - bend at waist, touch beam - I think about .8 in this code. Now wobbling on everything. L turn bobble. Patterson dismount - low & .3 step forward. Somewhere, Wieber is stabbing someone in the stands. Disaster. But still gets a 14.2?!! HOW THE HELL MUCH DID STEVE PENNY PAY THESE JUDGES?! I smell Rafalca money here. That routine should've gone 13 - so many wobbles after the near-fall.

Your standings after Rotation 3 are:

Bitchface (RUS) fx - nails as black as her heart. Perfect double Arabian, stag jump. 2.5 to front full. Slightly off on the double Memmel spin. Tucked double back, .1 hop back. Triple full with eggbeater legs, step back. She came in with slightly .5 advantage over Clubfoot - we'll see how much each federation payed FIG. 14.6 - I think Clubfoot has the bronze. We'll see if she chucks the front flips out of the Arabian passes.

Dougie (USA) fx - GAY TECHNO TIME! 1.5 through to TF - nice! Arabian double front, stag jump - barely kept it in but does! Gorgeous tucked full-in, small hop. Tucked double back, split jump, and she goes clean! At least a silver, probably a gold. We'll see what happens. 15.033 - excellent score, but Komova can beat it.

Vika (RUS) fx - somewhere, AJ is lighting a candle for her. 1.5 through to double Arabian stag jump. Tucked double back, split jump. YOU CODEWHORE YOU AWESOME KID! Huge split full jump. Clean triple full. She's got the energy her she didn't in Tokyo. Absolutely sticks her pike double back - I think she has it. We'll see what the judges smoke. 15.1?!!! Huh? Gabby wins with more fx landing deductions? I'm shocked. Dougie, Vika, Musty, Clubfoot in 4th.

Can't believe that Vika was denied - her execution score should be .5-.7 higher than Dougie. People feeling sorry for Wieber are suddenly crushed for Vika - 2nd again, but she deserved gold.


Thanks to the shocking pink Aussie leos - sorry, I'll talk about your seated Y1.5 next time. Thanks to Dougie, Vika, Bitchface & Clubfoot. Thanks to you for reading this and I'll answer comments below. See you for EFs!

Posted by OlympicEffect at 8:31 AM