Video Interview with Evan Lysacek about designing, SOI and returning to competition.  Any competition plans wound involve knowing what his SOI contract is. 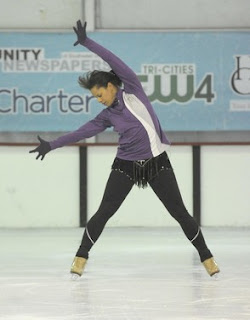 Debi Thomas calls her return to the ice a revelation.

Five questions with Rachael Flatt  (Note that she mentions only taking a week off with the tendinitis.  Unfortunately, tendons are difficult to heal.  One needs to take significant time off in order to heal the tendon, otherwise there will be flare-ups in the weeks and months to come.  Also note that Rachael mentions she landed seven triples, when only five were actually 'triples.' They were Sarah Hughes triples;))

Mark Kerrigan is seeking details about which manslaughter theory the prosecution is pursuing in its manslaughter case.  They wish to know whether their theory is that Daniel Kerrigan's death was caused by Mark's reckless conduct or from an attack. The defense also criticized the prosecution for not calling Brenda Kerrigan to the stand during the hearing.  Brenda claims that she saw her son and husband in a bear hug but did not see any other attack.  One small problem with that, Brenda is legally blind.  Given the scant amount she can see, it does not make her the most credible witness.  The defense believes Daniel Kerrigan's death is the result of a long-term heart condition. The Kerrigan family is standing behind Mark after dealing with his lifetime of legal troubles.

Aly Raisman is working hard to perfect her Arabian Double Front on floor and her Amanar.

Absolute Skating spoke to Florent Amodio about his coaching change and splitting time between Latvia and France.

Michelle Kwan has upped her political and business profile by being named to the Special Olympics International Board of Directors.

Listen to a sample of Johnny Weir's "Dirty Love."    It isn't great, but is far from terrible.  It is certainly on par with "Stars Are Blind" and much better than "Money Can't Buy You Class" and "(Don't Be) Tardy For The Party."

UF is hosting an intrasquad tomorrow night at 6 PM in the O Dome.


Recent Plushenko training clip.  While the ISU will likely allow him to compete again, time is not of Plushenko's side.  His myriad of old battle injuries will continue to make his ascent to the top of the sport a true challenge, as will his lack of transitions, spins and footwork.

The Bumbo Cup champions have returned to WOGA: 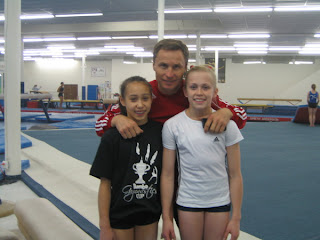