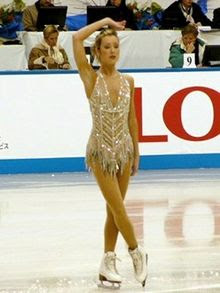 Jennifer Kirk has a new blog up that will focus on the lessons she's learned from skating and life.  Knowing Jenny for several years now, she is an incredible girl with a unique story and tons to offer.  It goes without saying that she is incredibly bright, insightful and skilled as a writer.  Her first blog entry tackles a life-long battle with perfectionism. Welcome Back, Ms. Kirk.

The European Championships will be held May 9-13 in Brussels.  The nominative rosters have been released, though Afanasyeva is on the roster despite it being announced she is sitting this one out.  This could be inconsistent Dementyeva's last chance to prove herself.

Pang and Tong vowed to keep competing at least one more season after a disappointing fourth place finish at Worlds.  With the Sochi Olympics looming, I think we'll see them in competition for the next two.

Feature on Daisuke Takahashi.  For a while, he didn't believe beating Patrick Chan was possible.  With the 2013 Worlds being held in Canada next season, it may take another trip to the World Team Trophy before he does again.

Kurt Browning is enjoying his first season as the headliner AND choreographer of Canadian Stars on Ice.

In TV news, both Make It or Break It and Battle of the Blades have been canceled.  Make It Or Break It almost didn't make it back this season and was only renewed for a shortened season due to it being an Olympic year.  Battle of the Blades is more surprising, as it always did respectably well in Canada.  In my opinion, Season 3 lacked the personalities of the previous two seasons.  Without Jamie Sale, Shae-Lynn Bourne or Katia, it was missing the familiarity of the pros.  The pros are the true stars of DWTS.  Had Jamie and David faced off, it could've brought some energy to the show.  The official reason for the show's cancellation is budget cuts, though the show's ratings did drop.

Make It or Break It's series finale airs May 14th.

It appears the JSF made Yuzuru Hanyu train with Orser to challenge him.  Training with Javier Fernandez will do certainly that.
Posted by OlympicEffect at 5:53 PM