Catty Comments here! Official team workouts have started in Tokyo, so let's talk about the ladies.
The biggest news (via The All-Around) is that 2008 FX Olympic champion Sandra Izbasa has withdrawn because of a foot injury that limited her training this summer and to only 2 events at Romanian Nationals. Their Tokyo WAG team is now:
Diana Chelaru
Ana Porgras
Catalina Ponor
Amelia Racea
Raluca Haidu
Daniela Andrei
Alt - Diana Bulimar

The good news for Team Romania is that Ponor has finally been officially added to the team, now that her 6 month drug testing anniversary has been reached. Do drug tests screen for vampirism? 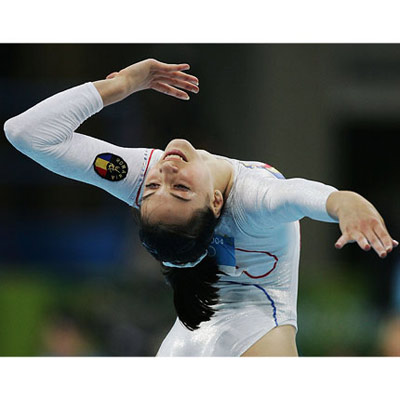