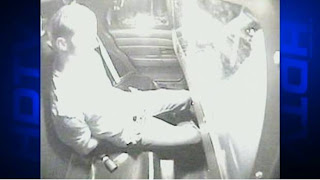 Years back, Paul Hamm lost the Wheaties box with how he handled himself during the controversy surrounding his bullshit Olympic Title.  When there is a video of you falling on your ass and being overscored on vault, it is difficult for the general public to believe you earned anything.  Instead of celebrating his triumphant comeback to the medal stand, Paul and Sandy Hamm got defensive and got a lawyer.  These are the same people that fired Paul's longtime coach for murky reasons just after he coached Paul to a World All-Around title.  Many in the sport will tell you that Stacy Maloney was the reason for Paul's success, not Paul and Morgan coaching one another under the guidance of Miles Avery at Ohio State.  If Sandy Hamm sounds even worse than Danny Kwan, you're beginning to catch on.

Paul has never been known as Mister Congeniality.  Morgan has always been regarded as the far more affable twin.  Many deride Morgan due to his father allegedly planting stories that Paul wouldn't go to major meets unless he was on the team, but he is a beautiful floor worker and a great gymnast in his own right.  Most of us have gotten drunk and done things we've regretted, sometimes deeply, yet not many of us have refused to pay $23 and punched and kicked a taxi driver.  One may wonder if Paul was blacked out or if drunk actions were sober thoughts.

God Bless Technology, as you can now see clips from the cab in addition to listening to Paul's high-pitched whine.

Drunken Paul Hamm even quoted Nancy Kerrigan:  Why?  Why?


When was the last time you threatened to kill a police officer?

Paul Hamm is scheduled to return to gymnastics at the 2012 Winter Cup. 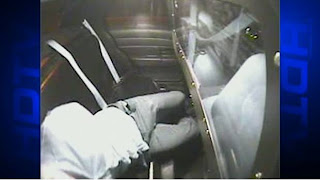 Posted by OlympicEffect at 7:22 PM