More This and That

Tomorrow marks the tenth episode of Dance Moms and I don't know what I'm going to do with myself once this series ends.  I don't care that the drama with Crazy Cathy is clearly staged.  I wan't to know if Maddie will ever learn a non-lyrical solo, end up on Broadway or secretly turn into a Chuckie doll.  Will Chloe and Christi ever hit when it counts?  Will Kelly secretly reveal she is Kate Gosselin's long-lost cousin?  Will the Pennsylvania trash finally attain acceptable highlights?  Will Brooke quit dancing before she yells at her mother for trying to force her to make out with a future gay?  Will she fake another injury?  Will Abby Lee Miller eat another gallon of ice cream?   I'm invested.

The gaytinos are VERY upset at Alyssa Campanella (Miss USA) for losing too much weight before the Miss Universe pageant.  In the Latin world, this is a bonafide scandal.  Those gaysians would even lose support for Maria Venus Raj if it came to this.

An interview with Tara Lipinski.  We need to persuade her to dump another guy and skate a program about it on the Today Show.

Evan Lysacek and Yu-Na Kim were spotted sharing the ice at the East-West Ice Palace.

More shots of Nastia looking thinner in London.  Notice she is getting back to being a confident bitch and is now flipping for the camera.  It's been a while.  It is as thought she knows we are tired of her not being in Beijing form. 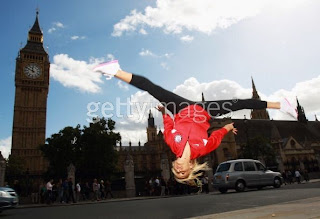 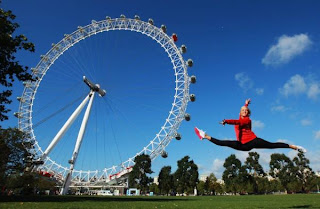 Posted by OlympicEffect at 10:55 AM