Pechalat and Bourzat skated to another National Championship. Their Rolling Stones medley continues  to receive mixed reviews. The energy dipped slightly compared to last week's Grand Prix Final. Getting amped up again after the Grand Prix Final had to be difficult, as there was never any question that they would win.

Rumor has it that Kaitlyn Weaver broke her ankle. Though this is not confirmed, we will have to keep our eyes and ears open for any developments, should this wind up being true. This could certainly shake up the dance world, as being absent is never an excuse for judges to pass you by. Already in a precarious situation falling in the rankings, missing the important end to the season could drop them definitely behind the two Russian teams, the Italians and possibly the Shibutanis. 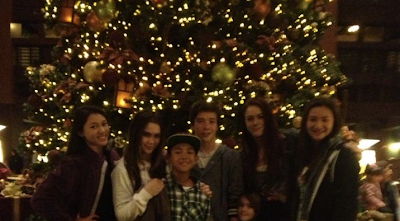 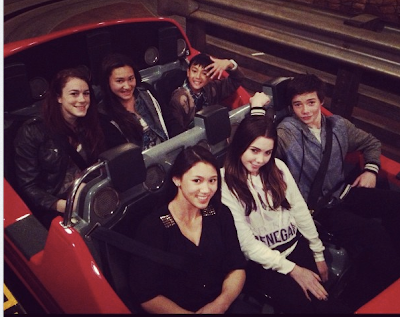 In other news, McKayla Maroney and Kyla Ross went to Disneyland while their Olympic teammates performed in the Skating and Gymnastics "Spectacular." What is great is that while recovering from injury, Maroney's entire life revolves around taking a series of instagram photos and killing it every time. Though Tyra would surely accuse her of only having one face, the level of fierceness remains. It is abundantly clear that the rest of the people in her life are merely her props. And as they will surely tell you, being one of her props is better than being invisible. Well, they would say that if Kyla Ross actually spoke.

As expected, Kyla appears to be getting even taller. Her calling to be USAG's new 'it girl' is definitely more and more questionable with each additional centimeter.


Florent Amodio earned his second French Figure Skating Title despite a mess of a long program. With so much talent and charisma, it is difficult to watch his career to stall over the last two seasons. His triple axel remains a thing of beauty when he does it.

Alex McMurtry scored a 10.05 at Christmas at the Chesapeake for her stuck DTY. With such talent, it is a shame that she has little interest in the elite world.

Ellie Black is back in training after time off due to injury.
Posted by OlympicEffect at 6:56 AM