I'll be honest: I'm not really watching the World Cup. I like the pop songs and the hot men and getting it on with my inner Latino self, but I don't the whole soccer part of it. I played soccer through eighth grade, but I just can't get into it. Okay, I should clarify that I was forced into playing soccer through eighth grade because I needed to do one 'masculine' sport. It didn't make a bit of difference.
The thing about soccer is, goals are scored as infrequently as in hockey, without any of the excitement of bashing someone's skull in. I'm all about going to a hockey game and getting down with my beer drinking aggressive self, but soccer is insufferable. Especially on television. 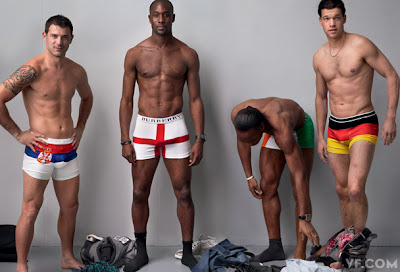 Why must it be so bloody cold in South Africa during the World Cup? I get that soccer is popular around the world, but why haven't they required these men to play shirtless in order to expand the mass appeal? 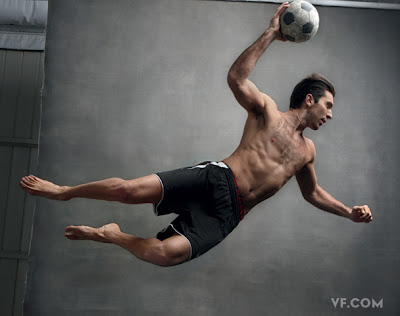 Annie Leibovitz had the right idea in last month's Vanity Fair. Frankly, I'd never been so aroused by the sport. The World Cup (in most warm climates) is equivalent to four Fleet Weeks in a row! 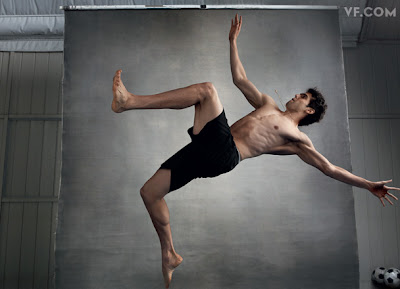 David Beckham wasn't imported to suddenly make soccer happen here. He knew his job was to take his shirt off after games and have his wife entertain us all with her diva antics. Period. 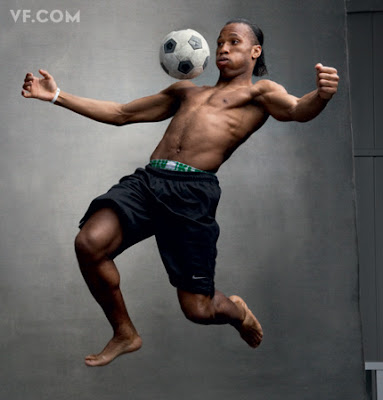 Posted by OlympicEffect at 4:03 PM