The Fierce Five at the VMAs. Gabby got to perform with Alicia Keys and Nicki Minaj. We're all a bit jealous and yet think Dominique Dawes' music video appearances were slightly cooler because she didn't just do handsprings.


I can't believe I am writing this, but I am extremely excited about Virtue and Moir's Carmen and have been since I first heard the rumors that they were skating to it. I actually was wishing the rumors were true. This is not some junior lady or Brandon Morose trying to interpret the music. Tessa is a fabulous performer and I have a feeling she will be bringing it and working it like no other. It is an opportunity to see what Marina Zueva can do with a tired piece of music. It has been years since we've seen a great Carmen. Luckily, there have been other abused pieces for several years that leave us not all that sick of this old war horse. Frankly, it is something very different from them. We haven't seen them give us drama and it is a far cry from last year's Zwonderful program that so many loved to hate on. People will hate on this for the tired music, but it may actually wind up being something great.


Article about Patrick Chan and Voir. Patrick is training Quad Salchow and Quad Flip. We can only hope this will lead to wild inconsistency that may even put a dent in his scores. Or perhaps we should just hope Skate Canada blows their load a year early by having this pre-Olympic Worlds and winds up with their token silver medals in Sochi. PChiddy appears to be pulling a Kwan 2001-2002 move by firing all of his team... If the Gods punished MK for it, we can only hope that Patrick truly has it coming. 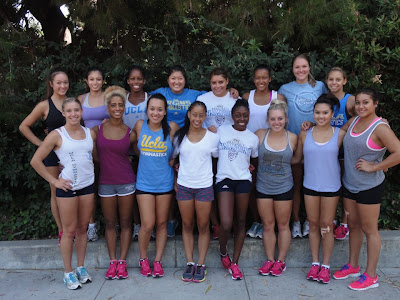 The UCLA Bruins. A few look great and a few look like they have a LOT of running to do on the beach this pre-season. Without Peng Peng Lee at full strength, it could be Florida, Oklahoma or Alabama's year. Mattie Larson will need to step it up three notches and not be a Shayla. Mattie and Sam Shapiro both made it through an NCAA season relatively healthy. Is it just AOGC or are the due for a round of injuries?

Cassie Whitcomb is officially listed as the team manager at UCLA. This was expected after she stopped traveling with the team last year. Luckily, she will still be on scholarship. This is an oft-injured girl with tons of damage to her back. After listening to her talk about the nerve damage in her back in that gymnastike interview at the beginning of last season, knowing her history and struggling through those bar exhibitions, this is likely the best situation for her. It is another case of CGA not panning out at UCLA. CGA Back strikes again!

Lovely feature on Jeff Buttle. He is quite the busy choreographer and show skater. 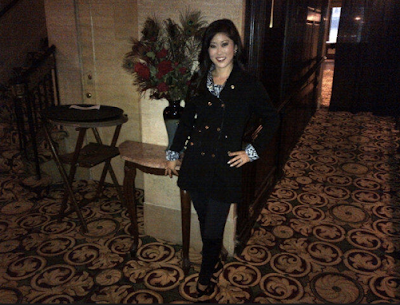 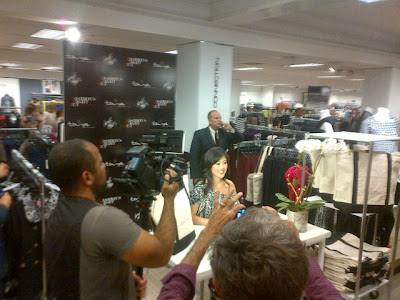 Romney supporter Kristi Yamagichi  debuted her token line we know she didn't design at Fashion's Night Out. Along with the books she probably didn't write, she has had quite the year as a celebrity endorser and we all still love her and pretend otherwise.


Kellogg's Tour rehearsal time lapse. Is anyone going?
Posted by OlympicEffect at 6:00 AM