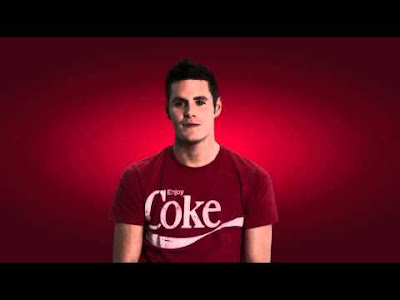 David Boudia and Nick McCrory had solid days to make the Olympic Team for the 10 M platform.  Sadly, Thomas Finchum finished third and retired from the sport.  Thomas is actually a talented county
singer with a band.

David Boudia, who seems like a driven guy itching to be married, dove solidly to make the Olympic Team.  Praise God.  He had a few spectacular dives and a few inconsistencies to pick up, less he want to hear Cynthia Potter saying he is sliding past vertical and showing a lot of splash as he goes into the water nine degrees off vertical.  David failed to display confidence about medaling and now seems to love God too tell us what his true goals are for London.  He has the eyes of a driven competitor and somehow I think he may have been holding back when he tried to say yesterday was just another wonderful day at the pool to show the talents God gave him.

Nick McCroy is powerful, athletic and has a nice kickout despite a tuck position that is reminiscent of Mark Ruiz's with one foot flexed and one foot pointed.

Thomas Finchum's shoulder surgery and growth spurt were too much to take.  He displayed some stunning dives, but it has been downhill for him ever since David ditched him as his synchro partner.


Troy Dumais finished second in springboard to qualify as an individual as well.

LoLo Jones will be in London.