Anna Li hitting a 6.8 D-Score routine in the gym.  The routine is even more difficult under pressure as Anna is constantly flipping and changing direction, often at the same time.  If she is the slightest bit off during her combinations, she usually makes a big error.  If Anna can hit her bar routine at Nationals both days, Martha should ensure she makes Olympic Trials.  If she does not hit both days, I can see a situation where Martha eliminates her.  Anna's bar routine is potentially very valuable, but her inconsistency in competition has made her quite lucky that she automatically qualified to Nationals.


Jordyn Wieber videos from training on 6/1/12.  These videos appear to be from stalker view and you have to turn your laptop to watch, but they are interesting.  Jordyn looks quite solid.  She did not do the full twisting double layout at the end of her bar routine.  It is good to see her with this consistency since she will likely be counted on to do bars in team finals.


Shen and Zhao will skate together for the final time on June 17 at Artistry on Ice.

Ilia Averbukh's City Lights will be taking place in London July 28- August 11 at Ice Arena at Sochi Part.  This is being showcased during the Olympic Games.  The show times would allow audiences to see events and the show on many of the days.  Skaters scheduled to perform include: Yagudin, Domnina and Shabalin, Navka and Kostomarov, Denkova and Staviski, Petrova and Tikhonov, Totmianina and Marinin, and Drobiasko and Vanagas. 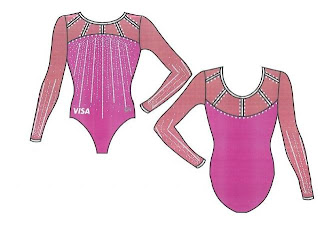 Bebe Liang's Challenge 5 for YAS is a tribute to the Stars on Ice cast she grew up with: Kurt, Scott, Katia, Kristi, Todd and Yuka.  (Featuring Mirai Nagasu.)  Bebe actually does a great job with this, but the other skaters on the ice are a bit distracting at the beginning.  The thought process is evident.  Bebe is someone who should enter again next year having more experience under her belt.

Another check plus Audrey video.

Posted by OlympicEffect at 7:47 AM