Mary Lou Retton news piece from JO Nationals.  We get a glimpse at her daughter.  Mary Lou is a wonderful bullshitter in this piece, as she claims to have looked up to friend Tami Elliot Harrison, who finished much lower than her at the 1984 Olympic Trials.  I almost believe her fake smile.

Jordyn Wieber's number one goal is to make the Olympic Team...as though they'd leave her off.  Next she will tell us that going to camp is great because they are all 'like sisters.'  Sadly, Jordyn makes Carly Patterson appear positively fascinating. 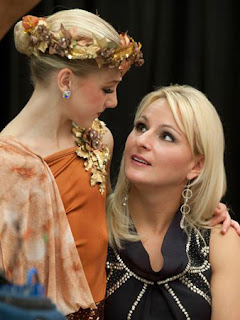 Interview with Christi Lukasiak about the summer premiere of 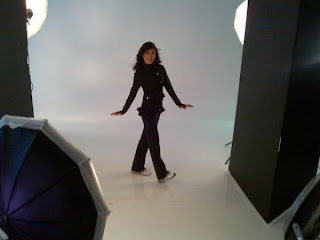 Kristi Yamaguchi's fashion line will launch at Lord & Taylor this fall.  That is quite the step up from the Walmart line, though Walmart is where the $$ is.  It could be a big fall for Kristi if she writes a third book and appears on the all-star edition of DWTS.


Domninique Moceanu is preparing to announce a 'bombshell' in one week prior to the release of her memoir.  Guesses as to what that could be?


A wonderful piece by Emily Tuttle from YAS2.  That edition of YAS2 was rather quiet compared to this year's edition, but some of the work was positively fantastic.

An awkward Audrey video inviting us to the YAS finals.
Posted by OlympicEffect at 2:26 PM