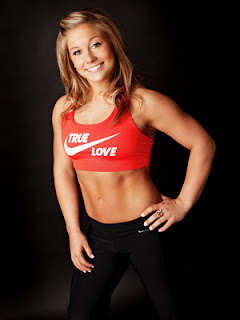 Shawn Johnson just announced her retirement.  Call me shocked.  Personally, I thought she was sneaking in trips to AOGC during her recent trip to the Dancing With The Stars finale or that she flipped around at Chelsea Piers during her trips to NYC and all those photo shoots and commercials lately were clearly scheduled around her practice sessions...

In short, Shawn has been retired for several months.  The National Team has known of this for some time.  If it wasn't official, it was when her book release date was announced to be the week of VISA Championships.  Releasing a book requires a big time commitment.  I so believed Shawn when she told everyone reporter featuring her that she'd be there competing.  I think her plan was to hop off the bars after podium training, fly to see Matt Lauer, come back for the competition after a mid-morning flight, compete, fly back for an appearance on The View and then win the second night of Nationals.  It wouldn't be a distraction at all as she fought tooth and nail to make her second Olympic Team.

When exactly Shawn began being outright lying about her intention to compete this summer, but it has certainly been fun to watch and speculate over.  I would like to thank Shawn Johnson and her fake smile for providing hours of entertainment in recent months.  After Shawn dealt with the slap in the face of having to compete at Pan Am Games and failing to return home with an individual gold, it was clear that America's sweetheart would not allow herself to suffer the same fate at Olympic Trials.  Hopefully we will see her bubbly self return to the dance floor this fall.  I for one can't wait.

Shawn has informed us that she will be attending Nationals, Trials and the Olympics to soak up more attention for herself as she pretends to be close to the girls on the National Team.
Posted by OlympicEffect at 12:30 PM